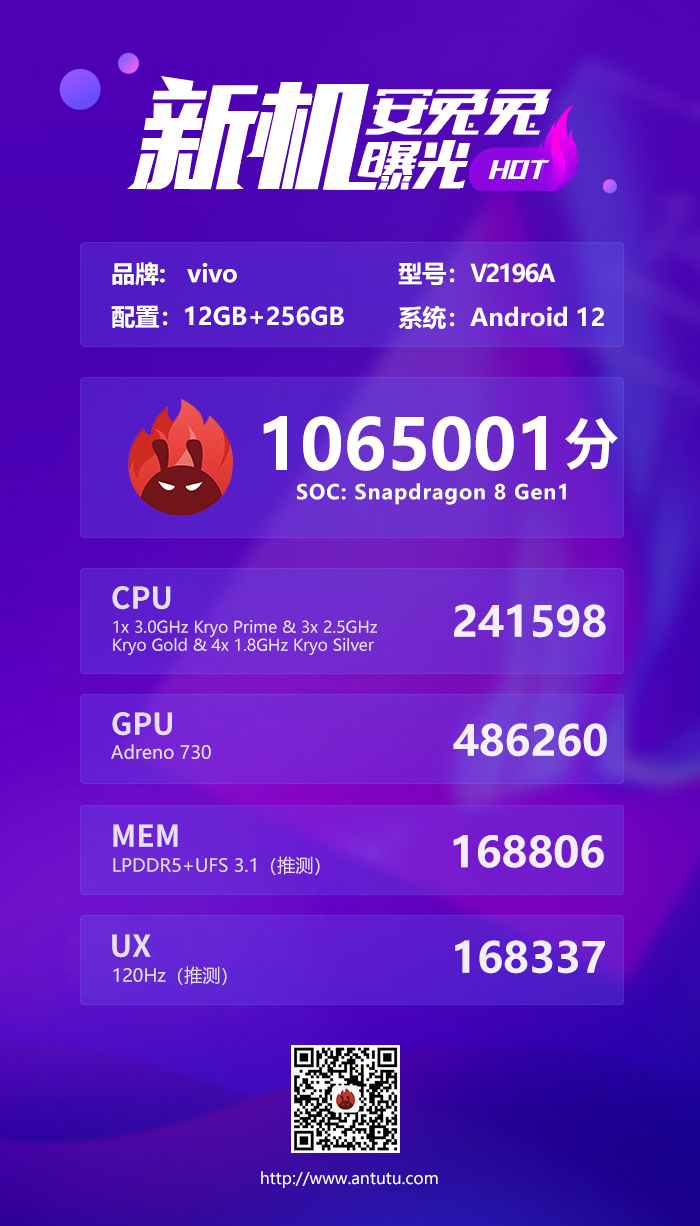 iQOO has previously officially announced that its new iQOO Neo6 new phone will be released on the 13th of this month, and today the official brought a short video to warm up, in which the machine’s rear lens design is given.

From the video, iQOO Neo6 in terms of appearance, the biggest change is the rear lens and rear case part. It uses a similar large horizontal camera module as iQOO 9, three camera-lens combinations, support for OIS optical stabilization, although the lens module looks the same, the lens parameters are certainly changed, the specific have to wait for the official follow-up announcement.

The rear case of the phone is made of vegetal leather, which is another flagship configuration devolution, orange is also one of the more classic color schemes of iQOO smartphones.

In the meantime, AnTuTu also found a new Vivo phone model “V2196A” in the benchmark database. From the model and configuration information to speculate, it is the iQOO Neo6 AnTuTu benchmark running score.

The new phone is equipped with the Qualcomm Snapdragon 8 Gen1 mobile platform and offers 12GB of RAM and 256GB of storage, reaching the level of flagship machines.

In a side-by-side comparison of the same Snapdragon 8 Gen1 mobile platform models, iQOO Neo6 has a relatively good performance in terms of CPU and GPU performance, so we presume that the new machine in terms of heat dissipation should be a lot of effort.

According to the previous exposure, iQOO Neo6 uses an OLED flexible straight screen, the shape of the center digging a hole, a screen size of 6.62 inches, a resolution of FHD+, and battery capacity of 4700mAh, support 80W wired flash charging, body thickness of 8.5mm.

Now, this cooling material is applied to the iQOO Neo6, so that the Snapdragon 8 flagship processor will play a strong performance at the same time, but also keep cool.