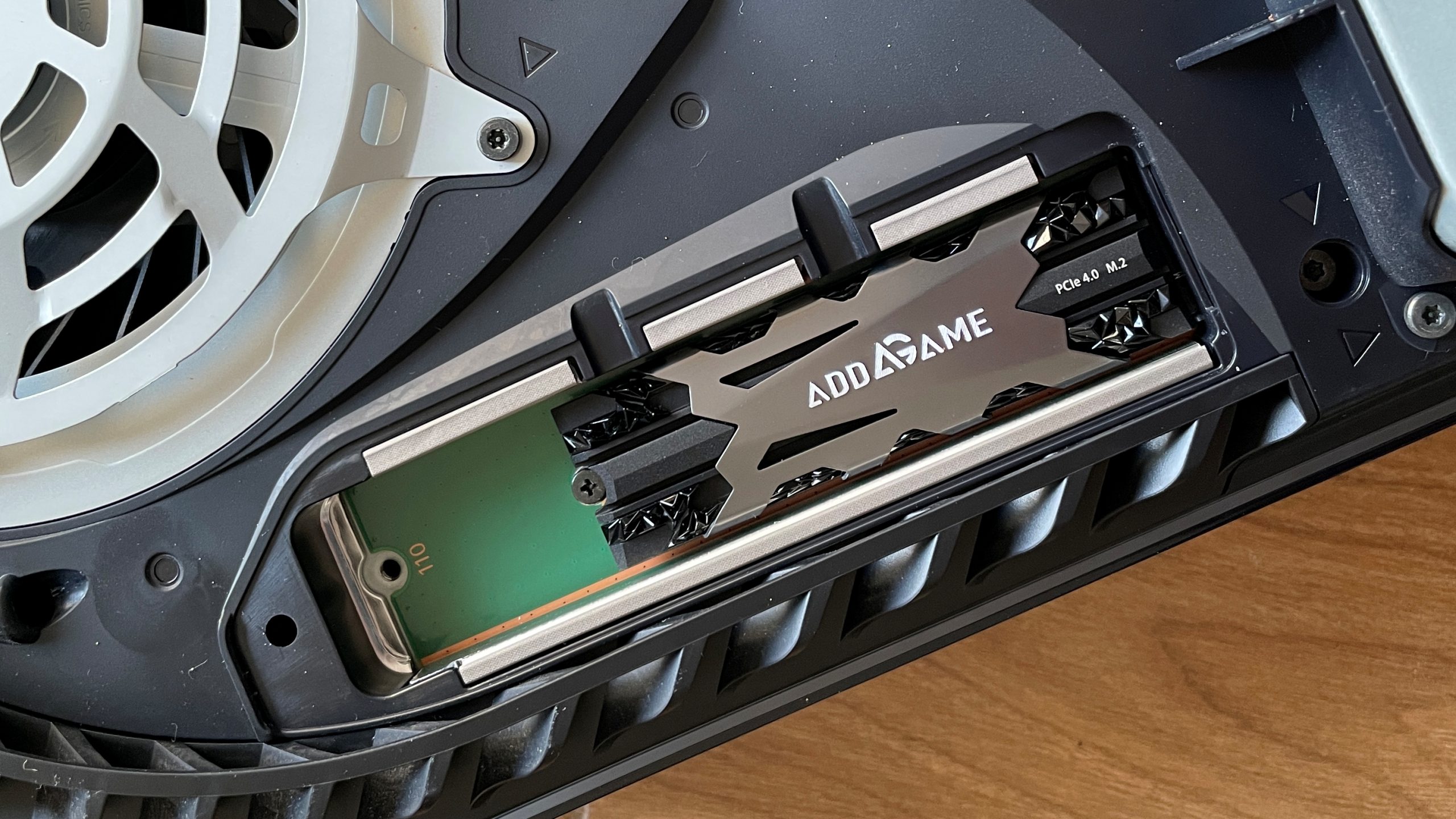 Sony recently released a software upgrade that activates the M.2 slot on the PlayStation 5, letting you increase the storage capacity so you can have more games installed on it at any given time. That’s a good thing, as game install sizes are approaching 100GB and the PS5 has under 900GB built-in usable space.

The process for upgrading is quite easy – you just need to pop off the white covers from your PS5 and then unscrew the bay that holds the M.2 drive. Before you even decide to do this upgrade, there are two things to consider. Your M.2 drive needs to have speeds that match or exceed Sony’s minimum 5500MB/s recommendation. Secondly, the drive should also have a good heatsink on it, as running at those speeds can make it very hot.

Addlink sent us their AddGame A95 GEN4X4 NVMe that not only has a good 9.1mm low profile aluminium heatsink, but also exceeds Sony’s recommended speeds by quite a margin. The 2TB drive that was sent to us for testing has a read speed of 7300MB/s and a write speed of 6900MB/s. Pricing for the 2TB version is around $359, but a 1TB version is also available at about $195.

The A95 uses 3D TLC NAND flash and supports PCIe Gen 4 which not only makes it a good drive for PlayStation but also for your PC. We tested the drive on our PC with a PCIe Gen4 motherboard and got the following speeds with CrystalMark, verifying what ADDGame claims:

Coming to the PlayStation 5, we tested it out by measuring the time it took to launch games on the built-in drive as well as from the AddGame A95. Here are the results:

We also measured the time it took to copy games from PlayStation 5’s built-in drive to the AddGame A95. Here are the results:

As you can see, the speeds on the AddGame A95 were quite impressive, and the drive offered great performance when it came to game launches and installation. If you’d like to grab some more storage for your PS5 before you run out, this is definitely an M.2 SSD that you should consider installing.

Need even more storage? These are the best external hard drives so far