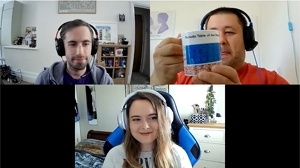 It’s been quite the week for video game news! Thankfully, Eurogamer news editor Tom Phillips, reporter Emma Kent and me are on hand once again to dig deeper into the biggest stories. It’s the Eurogamer News Cast!

Undoubtedly, the headline story of the week was Sony’s dramatic U-turn on its decision to shut down the PlayStation 3 and Vita stores. But, we ask in the video below, is this decision simply delaying the inevitable?

Elsewhere, we chat about the free-to-play games actually going free-to-play on Xbox, after Microsoft this week ditched the Xbox Live Gold requirement for the likes of Fortnite and Call of Duty: Warzone. To be clear: I do not actually think Phil Spencer forgot Microsoft still required a Gold sub to play free-to-play games on Xbox. That was a joke. A hilarious joke.