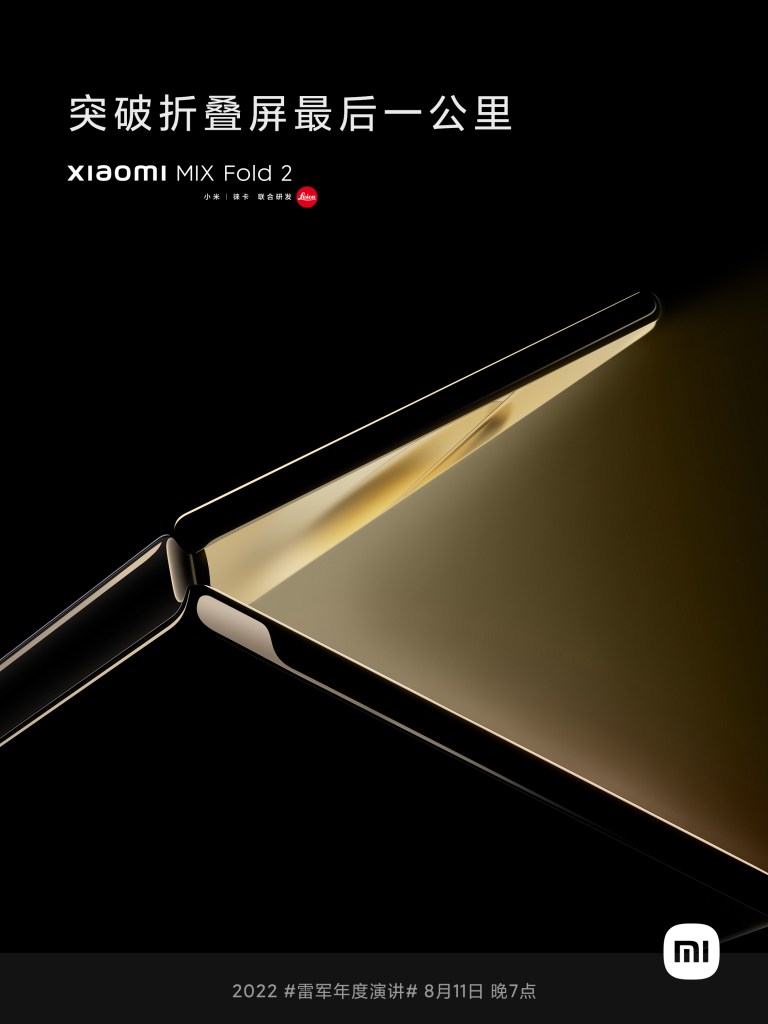 Xiaomi founder Lei Jun in yesterday’s official announcement will bring this year’s annual speech on Thursday. The Internet has a lot of speculation in this speech Lei Jun will bring a series of new products, one of the most anticipated is Xiaomi’s new folding screen flagship MIX Fold 2, as expected, this morning, Xiaomi cell phone official announcement of the news.

Xiaomi cell phone issued a post saying, “4 years of industry-wide exploration. From the folding screen into the practical era, there is the last kilometer. Xiaomi MIX Fold2, the new generation of a folding flagship. On Thursday, August 11 at 7 pm, let the change happen!”

From the official copy with the picture, the new MIX Fold 2 still adopts the horizontal folding way, the outer screen is a standard 21:9 screen, and the resolution is 2520 × 1080p, which also lets many people “remote control” second generation fell short. Previous Xiaomi MIX FOLD has a resolution of 2520 x 840 and a ratio of 3:1 (21:7). In addition inner screen is made of Samsung Eco² OLED (25% lower power consumption compared to traditional).

In the configuration, MIX Fold 2 will be equipped with a Snapdragon 8+ Gen1 processor, which is also the standard for the second half of the flagship. In addition to the camera, it is expected that Xiaomi’s deep cooperation with Leica will not be absent, after all, the folding screen is very able to raise the brand tone.

Furthermore, in addition to the Mix Fold 2, bigger Xiaomi Pad 5 Pro and Xiaomi Buds 4 Pro will debut together.