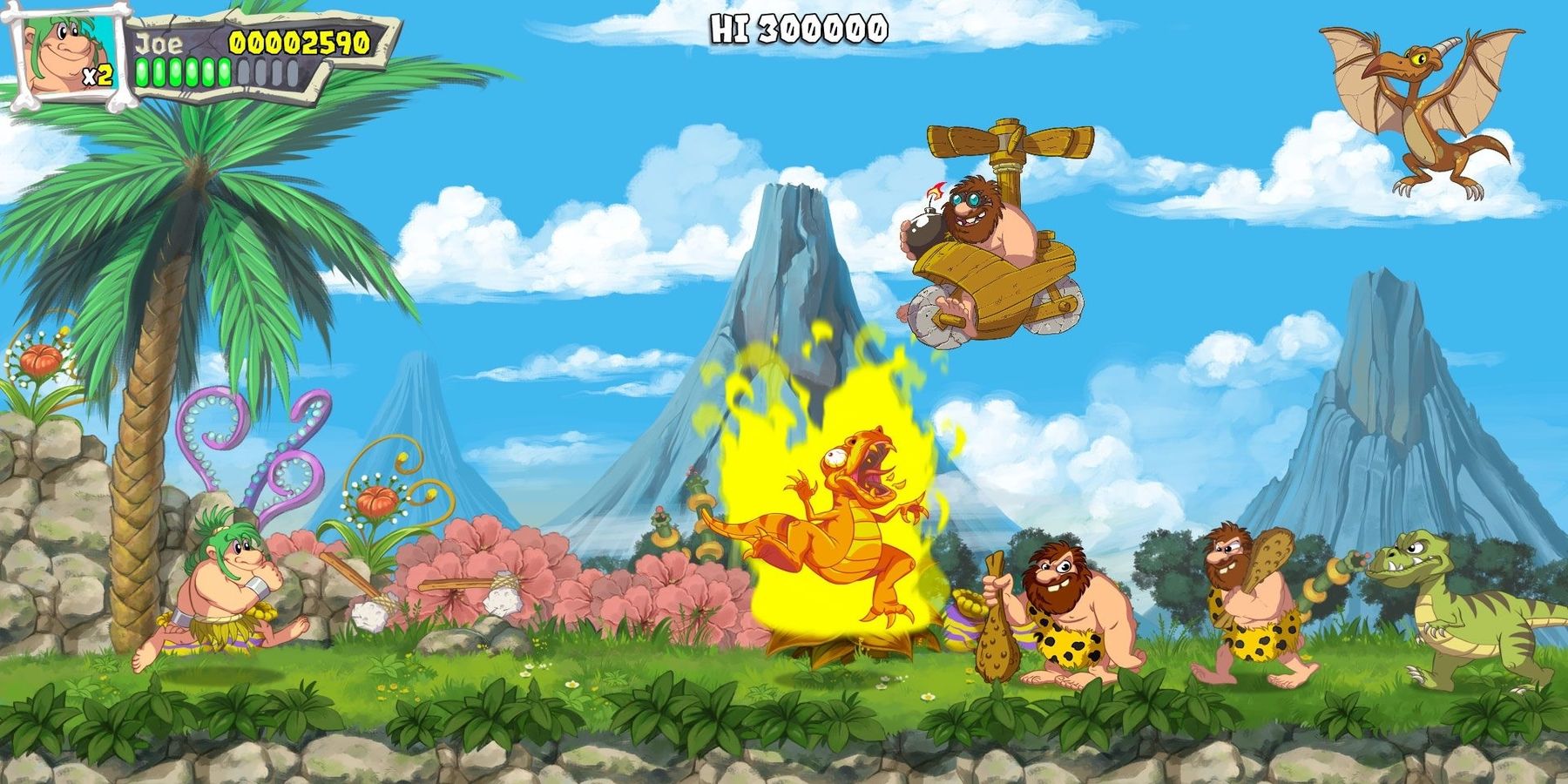 The French video game publisher Microids recently announced that the first game in the Joe and Mac series will be making its return to both consoles and PC in 2022 as a remake called Joe and Mac: Caveman Ninja. Joe and Mac is an arcade platformer that stars the two titular cavemen fighting through the dangers of prehistoric times.

The game was originally developed by Data East and released in the early 1990s as an arcade game in Japan, and players could play solo or together in co-op. The remake for Joe and Mac will be developed by Mr. Nutz Studio that worked on games, such as Toki and Asterix & Obelix: Slap Them All. According to Microids‘ post, the Joe and Mac remake will have more than better graphics, it will also have several new game features, like an original adventure mode that will have brand new levels.

In the post, statements from both Stéphane Longeard, the CEO of Microids, and Tosuke Matsuoka, Data East License Producer from G-MODE Corporation, expressed their enthusiasm for the upcoming remake. They also state their respective companies have “full confidence” in Mr. Nutz Studio to bring Joe and Mac to life. According to the post, this is part of Microids’ business strategy to develop video games based on Japanese licenses, such as the previously announced game Goldorak.

Unfortunately, the post didn’t reveal any other specific details about the upcoming remake, but it does state that more information will be coming soon. For now, fans of Joe and Mac will need to keep an eye out for more details from Microids. There was also an official trailer for the Joe and Mac remake that was released a day ago, though the video is in French and it only shows a couple of screenshots of the remake. For now, Joe and Mac joins an ever increasing list of anticipated remakes.

Remakes of popular video games and even cult-classic games are nothing new, but their reveals can often come as a surprise to players. The Star Wars: Knights of the Old Republic Remake was announced last month, which shocked many players and Star Wars fans alike. Even before that, players have had the opportunity to play remakes of various video games from other popular game franchises.

Recent examples include Final Fantasy 7 Remake, the Resident Evil 2 remake, the Destroy All Humans remake, SpongeBob SquarePants: Battle for Bikini Bottom – Rehydrated, and the Demon’s Souls remake. Now, the Joe and Mac remake will be joining this growing list of video game remakes next year. For players who want to experience the original game before the remake comes out, the first Joe and Mac video game is accessible on Nintendo Switch Online.