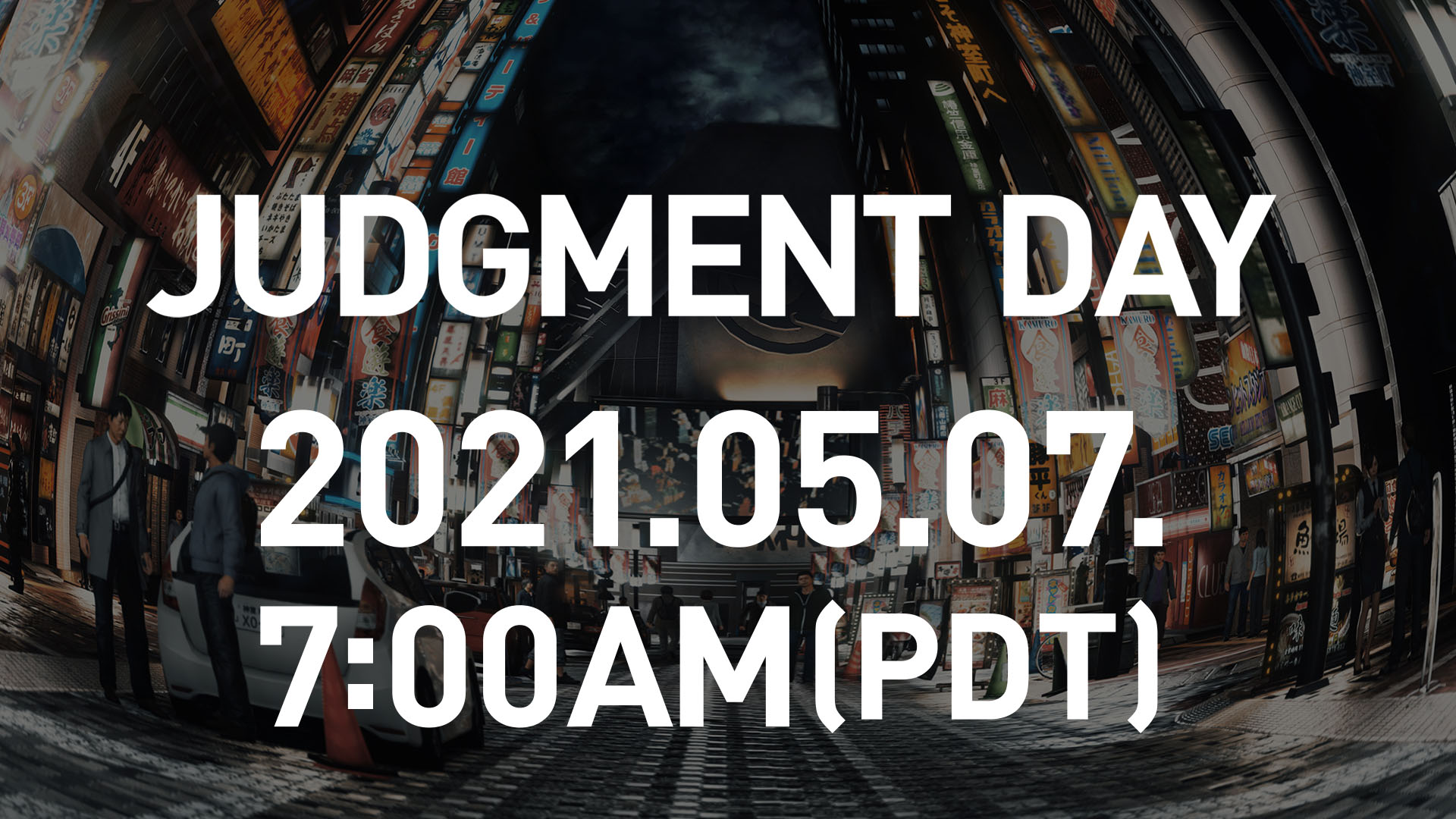 Publisher Sega and developer Ryu ga Gotoku Studio have launched a new Judgment countdown site that is teasing an announcement for May 7th.

The new Judgment countdown site will reveal some kind of announcement on May 7th at 7 AM Pacific / 10 AM Eastern, which they’re cutely teasing as “Judgment Day.” A video of the same name will premiere when the countdown runs out (which you can view here).

Judgment is a detective-adventure spinoff game set within the Yakuza series, Ryu ga Gotoku Studio’s popular main franchise, and is set in the same fictional area of Kamurocho, Tokyo. It was originally released back in 2018 for Japan and later in 2019 for overseas markets.

Judgment is also getting a remastered version today for Xbox Series X+S, PlayStation 5, and Google Stadia worldwide. The new teaser could be related to the recently filed trademark “Lost Judgment” in Japan, hinting this teaser might be for a sequel or some kind of follow up game.

The original Judgment is currently available for PlayStation 4. In case you missed it, you can find our thorough review for the game here – we highly recommend it!