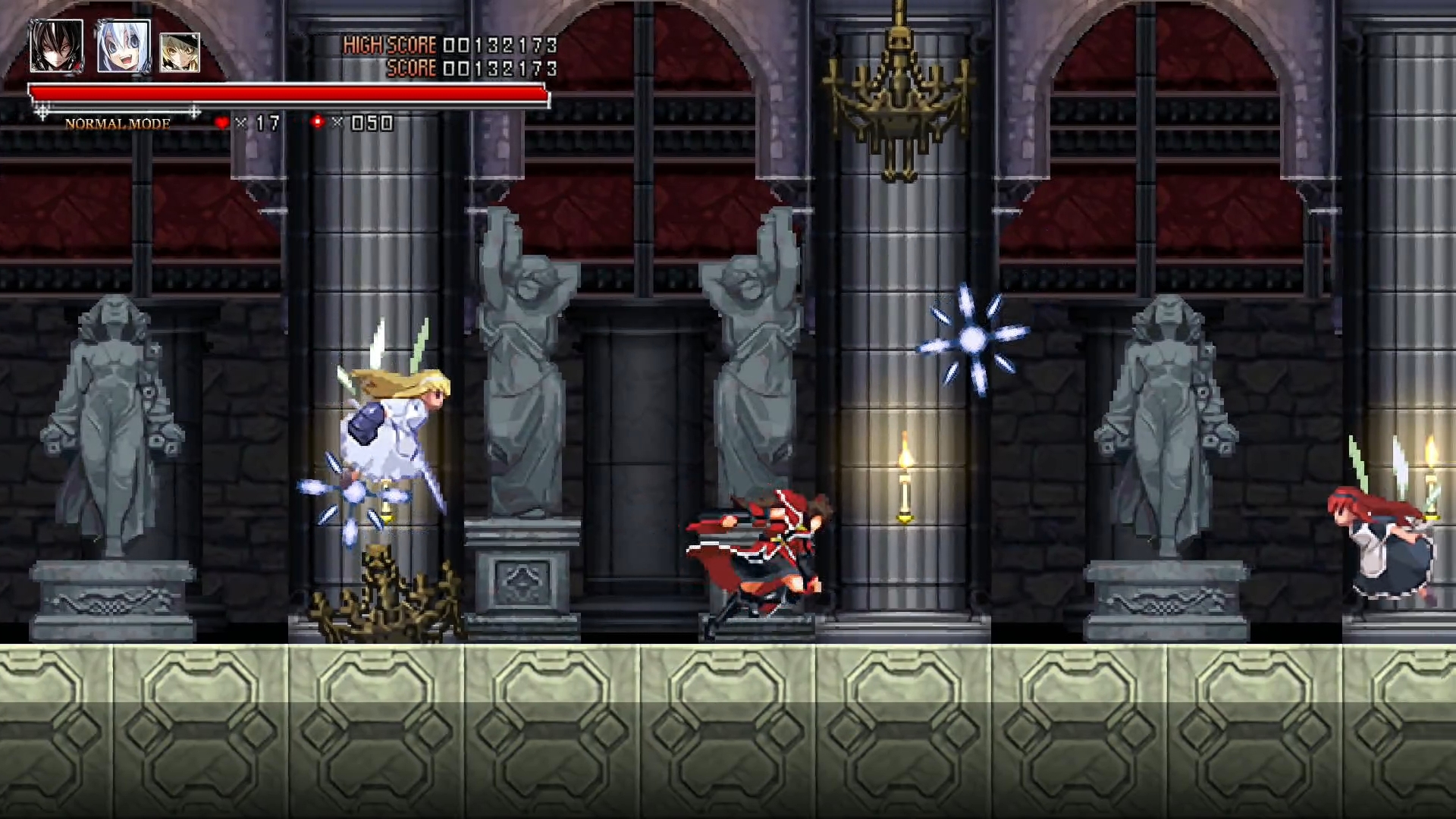 The Koumajou Remilia: Scarlet Symphony release date is set for July 28th on Windows PC (via Steam) and Nintendo Switch. A price point is set at $29.99, and the game will support English, Japanese, French, Korean, and Chinese languages.

Here’s a previous trailer for the new ports:

Here’s a rundown on the 2021-announced port:

Koumajou Remilia Scarlet Symphony has been loved by many gamers since its initial release, highly praised for its quality gameplay and soundtrack as well as Banpai Akira’s sharp and gothic reinterpretation of Touhou characters.

The Nintendo Switch and Steam versions contain a number of enhanced features compared to the original, such as HD remastered graphics, newly added dialogues, and English language support. Fans of the original game and Touhou Project can’t also miss full Japanese voice over that will be added in the new versions.

‘Is this that vampire’s doing?’, she thought to herself. There was only one choice: head to the Scarlet Devil Mansion, and find out the true cause of the disturbance.

……but this time, the way to the mansion was a little different from usual.

And behind all of them stands the vampire Reimu is looking for……!

Check Out What’s Inside the Nintendo Switch Physical Edition

While Koumajou Remilia Scarlet Symphony is getting a digital release on Nintendo Switch and Steam, the Nintendo Switch version will also be available as a hard copy. The publisher CFK announced the pre-order of physical limited edition as well, with the following special items: