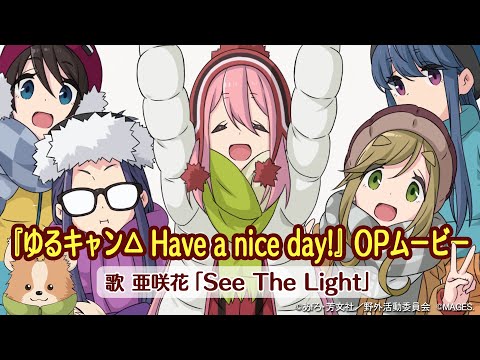 Mages. has shared the Laid-Back Camp: Have a nice day! opening movie, showing off more of the March-announced visual novel.

The game is a visual novel adaptation of the popular manga and anime series, which stars protagonists Nadeshiko Kagamihara, Rin Shima, and several others.

Players will be able to make the story change pending theor actions in game, and the game is more of a “what if” take on the series – meaning it will include things not shown in the manga or anime.

Here’s the Laid-Back Camp: Have a nice day! opening movie:

In case you missed it, you can find the debut trailer here in our previous report.

Laid-Back Camp: Have a nice day! is launching for Nintendo Switch and PlayStation 4 in Japan on November 11.