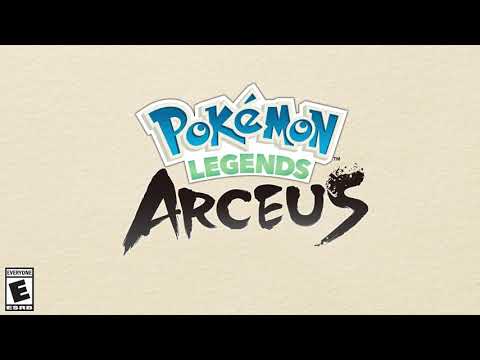 In the nearly 3-minute long trailer, we learn about some of the faces we’ll encounter on our journey in the Hisui region. We can choose to play as either Akari or Rei, and in Jubilife Village, we’ll meet characters such as Professor Laventon, Commander Kamado, Captain Cyllene, Warden Mai, and more.

Each of them have a unique role to play in our adventure. More information on these trainers can be found on the Pokemon Legends official website.

We also see some in-depth character customization for our trainer in Pokemon Legends, which includes a variety of hairstyle and plenty of fashionable clothes that are representative of the Hisui region. After you’ve customized your trainer to your liking, you can opt to have a photo taken with your favorite Pokemon in a number of poses.

Finally, we learn about Noble Pokemon, which are unique to this region. Specifically, we see a new Pokemon called Kleavor, which is an evolution to Scyther. It’s a Bug- and Rock-type Pokemon, and here’s what the official Pokemon Legends website has to say about it:

Special minerals found in the Hisui region cause Scyther to evolve into this Pokémon. Parts of its body have hardened into stone. The stone parts often get chipped during fierce battles, and Kleavor that have survived many battles will display larger chipping across their bodies. However, the chipping actually makes these stone parts sharper, increasing their slicing power. It is said that the people of Hisui once used pieces of stone that had fallen from Kleavor to craft tools.

Even a casual swing from one of Kleavor’s large, axe-like arms is capable of delivering a devastating blow, dealing massive damage to the hardiest of opponents. Kleavor uses its arms to carve symbols into tree trunks and even chop trees down to mark its territory. If you come across trees with markings made by a sharp blade or a row of trees cut down in a crisscross pattern, it could be the doing of Kleavor.

In the trailer, we see this new Pokemon Kleavor in action, along with some other gameplay shots.

You can watch the new Pokemon Legends: Arceus trailer in its entirety below.

Pokemon Legends: Arceus will release on January 28, 2022 on the Nintendo Switch.