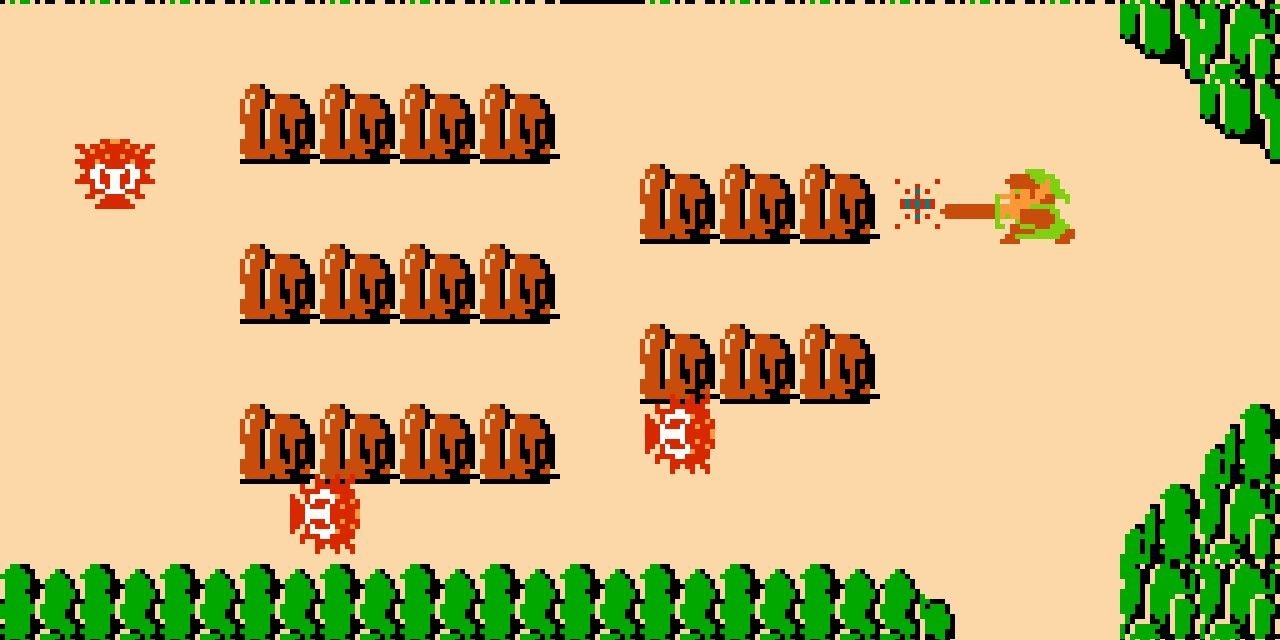 The Legend of Zelda is a historic series that has resonated with many over its 35 years. It has spawned countless classic games that define the various Nintendo systems they released on. From the original Legend of Zelda on the NES to the Switch’s Breath of the Wild, Zelda has been pleasing fans for a long time. There is little else that does dungeon-crawling quite as well, and some of the biggest Legend of Zelda games have changed the face of the industry forever.

With Breath of the Wild 2 seemingly still a ways off, now is a great time for fans and interested players to catch up on the series. Because Nintendo holds Zelda to a high degree of quality, many Zelda titles still hold up just as well as they did in the past. Some even have fan support for new ways of playing like randomizers, costumes, and even brand-new story experiences. Many entries have been released on the past couple of generations of Nintendo hardware, and those that have not are still easily accessible via emulator. Any fans feeling bored during the pandemic should consider revisiting Zelda titles.

RELATED: The Legend of Zelda: The Wind Waker Needs a Breath of the Wild-Style Remake

The original Legend of Zelda is a timeless classic. Laying the groundwork for the dungeon-crawling adventures that every Zelda to follow would use, The Legend of Zelda on NES is still a challenging romp through a world fraught with puzzles and danger. It can feel stiff and obtuse by today’s standards, but those who are willing to put the time in will still find a rewarding experience.

The Legend of Zelda: A Link to the Past is considered by veteran fans to be one of the best game in the franchise. Serving as the archetypical 2D Zelda, this game got a lot right in its execution of a dual-world mechanic. An extremely detailed randomizer has given the game new life, so there really hasn’t been a better time to start playing A Link to the Past.

Link’s Awakening is yet another classic entry, and its first handheld title. While its progression and dungeon design is often not considered as tight as A Link to the Past, many still have fond memories. The presence of Mario enemies and a Kirby analog, combined with a weird and lovable cast, do a lot to make Link’s Awakening stand out. Modern players will be able to find a visually upgraded version in Link’s Awakening for the Switch, but its additions are minimal. The original game, especially its enhanced DX version with an extra game-spanning side quest, works just as well.

The Legend of Zelda: Ocarina of Time is an icon that still affects the game industry today. It and Mario 64 showed the world how 3D game design could be done, and its Z-targeting changed how 3D action games were made. With a massive number of mods at players’ fingertips, and a well-done 3DS remake, Ocarina of Time remains just as relevant as it was upon release.

The presence of Majora’s Mask on a Legend of Zelda recommendation list should come as no surprise, though the game isn’t for everyone. This surprisingly dark time-loop game wowed fans at the time with its unique tone and setting, as well as its interesting mask mechanics. The game did receive a remake on 3DS, though it is held in contention due to some of the gameplay changes. Regardless, anyone looking for an atypical Zelda experience should go straight to Majora’s Mask.

If one wants a change in world design alone, The Wind Waker will more than suffice. This seafaring adventure surprised many with its charming cel-shaded art style and an interesting new take on Hyrule. The definitive version can be found on Wii U, though those unable to play it can find some of the same quality-of-life features packed in with the game’s randomizer on emulator.

It’s difficult to play as intended nowadays, The Legend of Zelda: Four Swords Adventures still worthwhile. It is a level-based action-adventure game using A Link to the Past‘s top-down view and Wind Waker‘s art style. While it is best played with four players, setting up the hardware necessary is a hassle, and the game works fine as a single-player adventure. It and its prequel The Minish Cap serve as a sort of side story in the main Zelda series, so both games, different as they are, can be recommended as a set.

The Legend of Zelda: Twilight Princess – GameCube and Wii, 2006

If someone wants a grittier art style, though not necessarily a darker tone, they can turn to The Legend of Zelda: Twilight Princess. This game is a fairly standard spiritual sequel to Ocarina of Time, but the striking visuals of its two worlds and the charm of playing with Wolf Link and Midna still stick out in fans’ hearts. This game has a definitive Wii U version, though its enhancements are less major than those of The Wind Waker.

The Legend of Zelda: Skyward Sword may already be on fans’ “to play” list considering Nintendo just re-released it on Switch. This new version addresses most of the complaints players had about the Wii original. Those who are looking to experience the first chronological game in the Zelda series should consider picking up this re-release, and those who have already played it can give the series-standard hard mode a try.

Zelda fans looking for the definitive handheld experience in modern day can look no further than A Link Between Worlds. This title serves as a distant sequel to A Link to the Past and works hard to deserve that honor. It is an excellent pick-up-and-play title that harkens back to the series’ more open early days thanks to its nonlinear second half.

Of course, The Legend of Zelda: Breath of the Wild is still great to this day. This masterstroke serves as the open-world game to beat in many gamers’ eyes. Breath of the Wild 2 is coming soon, so those who have yet to beat the first game will want to hasten their playthrough. Those who already have can give it another shot, perhaps with DLC packs enabled. Thanks to the Legend of Zelda game’s wide-open world and multi-purpose mechanics, new experiences are always a stone’s throw away in Breath of the Wild.

MORE: Now is the Best Time to Bring The Legend of Zelda: Four Swords Adventures to Switch