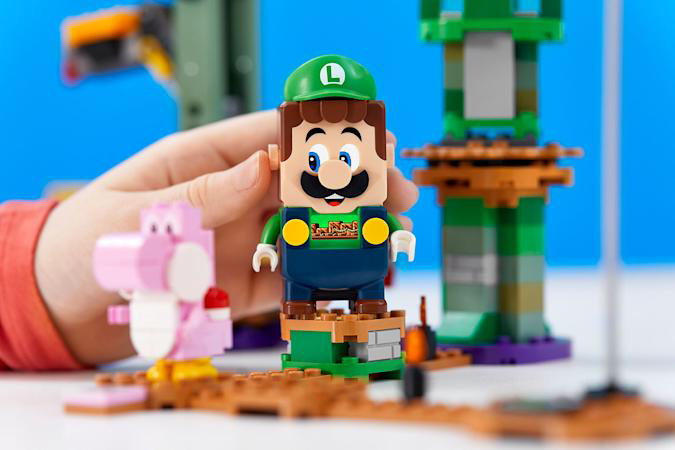 The rumor mill had been abuzz after a product listing on Amazon China had revealed what appeared to be a very legit LEGO Luigi figurine (not to mention a firmware update to LEGO Mario himself that had him calling out the name of his beloved bro). The listing was kiboshed, but soon after LEGO has come along to make it official: LEGO Luigi releases in August.

The LEGO Super Mario Luigi Starter Course comes with Pink Yoshi and Boom Boom figures in tow. Like his sibling, Luigi interacts directly with the different elements in each play set, with a variety of voice clips and sounds emanating from the figure as users play. Pre-orders for the set and figure will begin soon and is expected to become available starting August 1. Will you be adding Luigi to your collection? Tell us in the comments and on social media!