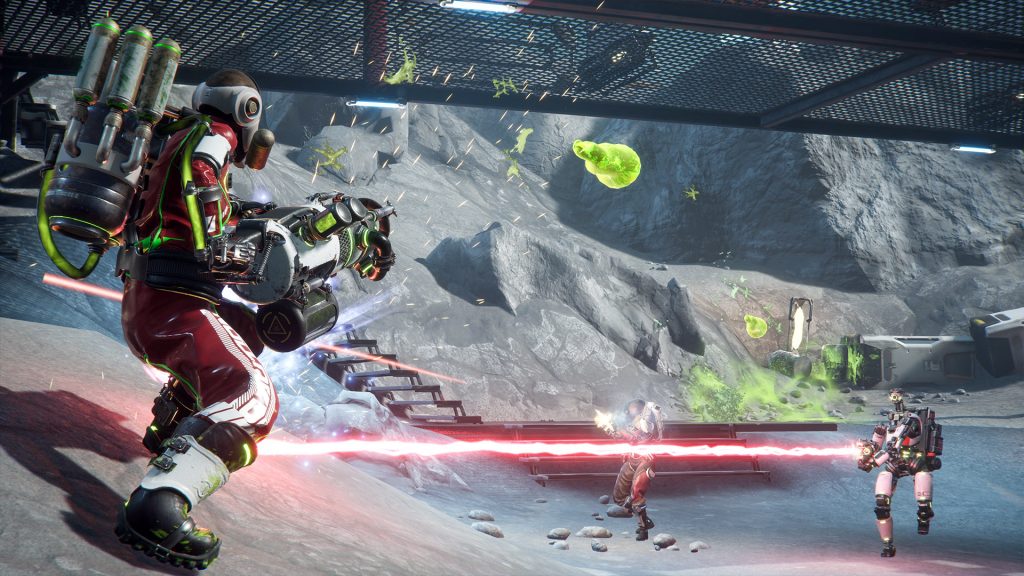 Frontier Foundry have announced the release date for time-bending tactical shooter Lemnis Gate, as well it coming to next-gen consoles.

As previosly reported, Lemnis Gate is a competitive, 1v1 tactical FPS, where players must figure out how to defeat their opponent over the course of a 25 second time loop. Players will have five alternating turns to defeat their enemy by using copies of their characters to disrupt your opponent’s plans by changing events in the past.

You can find the latest trailer below.

Lemnis Gate is a time-warping, turn-based combat strategy FPS. Over five alternating turns taking place in a 25” time-loop, you are called to master the unique abilities of a varied cast of deep-space operatives and outskill, outsmart, and outmanoeuvre your opponent in mind-bending four-dimensional battles.
Lemnis Gate twists time to subvert one of the world’s most popular game genres and offers a relentlessly inventive multiplayer experience deeply rooted in tactical FPS gameplay. Challenge yourself to think across four dimensions as you embark on the ultimate test of cognition and combat.

THINK DIFFERENTLY
Matches in Lemnis Gate take place within time loops. You have 25 seconds to execute your action, be it blasting an enemy, manoeuvring your operative, or setting up your next move. After all players have taken turns, the next 25-second round begins. Now you’ll face what has happened while setting up what will happen. Each of the five rounds is your chance to alter the timeline as past, present, and future converge.

STRATEGIC COMBAT IN THE FOURTH DIMENSION
Victory doesn’t rely on shooting supremacy. You’ll have to use skill and strategy to create unstoppable game plans and get the drop on opponents. It’s all about non-linear logic, abstract thinking, and outlandish manoeuvres. Execute audacious acts and think several moves ahead to get the win.

A TIME-BENDING TACTICAL SHOOTER
With a varied cast of characters to choose from, how you play is up to you. Lay damaging toxic waste in your enemy’s path, slow time to land the perfect shot, or deploy protective orbs to assist your future self. Every operative possesses a distinctive loadout and special ability that proves decisive on the battlefield.

TEAM UP WITH YOURSELF
Welcome to the team comprised entirely of one: you. With Lemnis Gate’s innovative auto co-op feature, you command every member of your side. Auto co-op gives you total control of five deep-space operatives, effectively enabling two competitors to duke it out in bustling ten-character matches. Become a literal one-person army.

COUNTLESS POSSIBILITIES, ENDLESS OUTCOMES
From the first second to the last, anything can happen in Lemnis Gate. Each round is a fresh chance to implement an unbeatable new strategy – or earn redemption from an earlier error. Predict hostiles’ routes, infiltrate enemy lines, and develop multi-layered gameplans by co-operating with yourself. Experiment both in and outside time, and get creative with causality.