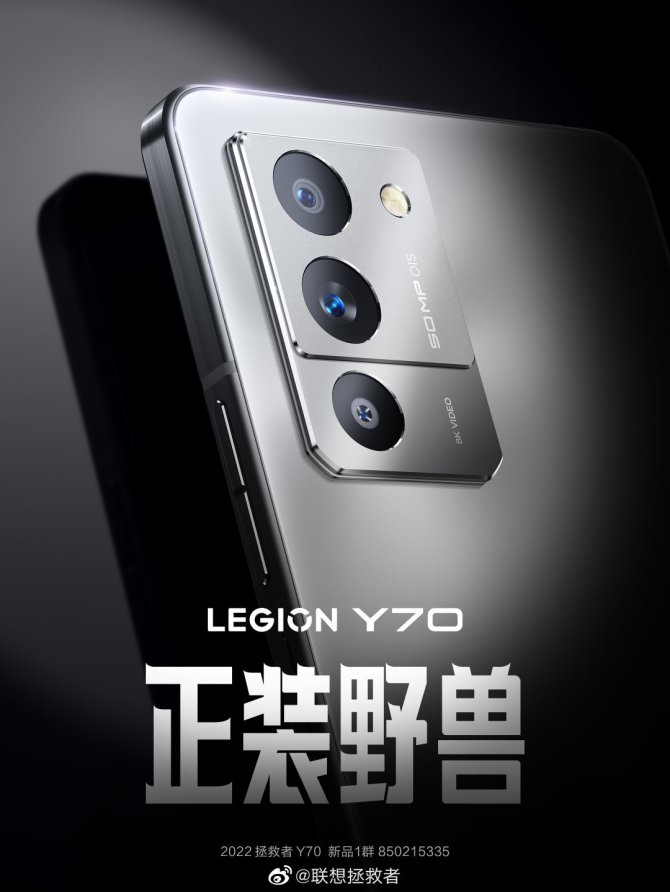 As a major manufacturer of gaming laptops, Lenovo Legion also launched a boldly styled gaming phone at the beginning of the year: the Lenovo Legion Y90, which was controversial for its subsequent body structure, but the Legion Y90 still left a strong mark in the category of gaming phones with its unique appearance and two built-in fans.

Today, the official Lenovo Legion also announced its new generation of Snapdragon 8+ Gen1 flagship phone, the Legion Y70, on Weibo. Unlike the rather bold-looking Y90, the Legion Y70 looks a little different from a normal phone, and although the poster says it’s a proper beast, it seems to have moved away from the category of gaming phones and returned to a normal phone.

At the same time, compared to other models with Snapdragon 8+ Gen1, its body thickness is only 7.99mm, but stuffed with a large-capacity 5000mAh battery, making it the thinnest 5000mAh straight-screen flagship available.

Lenovo Legion has not announced the official release date of the Y70, but from the rhythm of the announcement, it is likely to be released on July 29 along with the R9000K and R9000X or maybe on another stage.