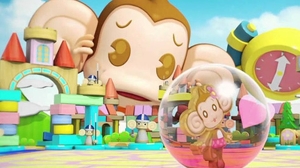 Sega's much-missed Super Monkey Ball series looks set for a return, thanks to a leaked (and now deleted) game listing.

Gematsu reported on a listing for a game titled "Super Monkey Ball: Banana Mania" briefly being visible via the Australian Classification Board. The page now returns an error.

Hopes for a new Super Monkey Ball game have been high since 2019's re-release of Super Monkey Ball: Banana Blitz HD for Nintendo Switch, PlayStation 4 and Xbox One. A remake of the series' so-so Wii entry, it marked Sega's return to the franchise after a break of more than five years.