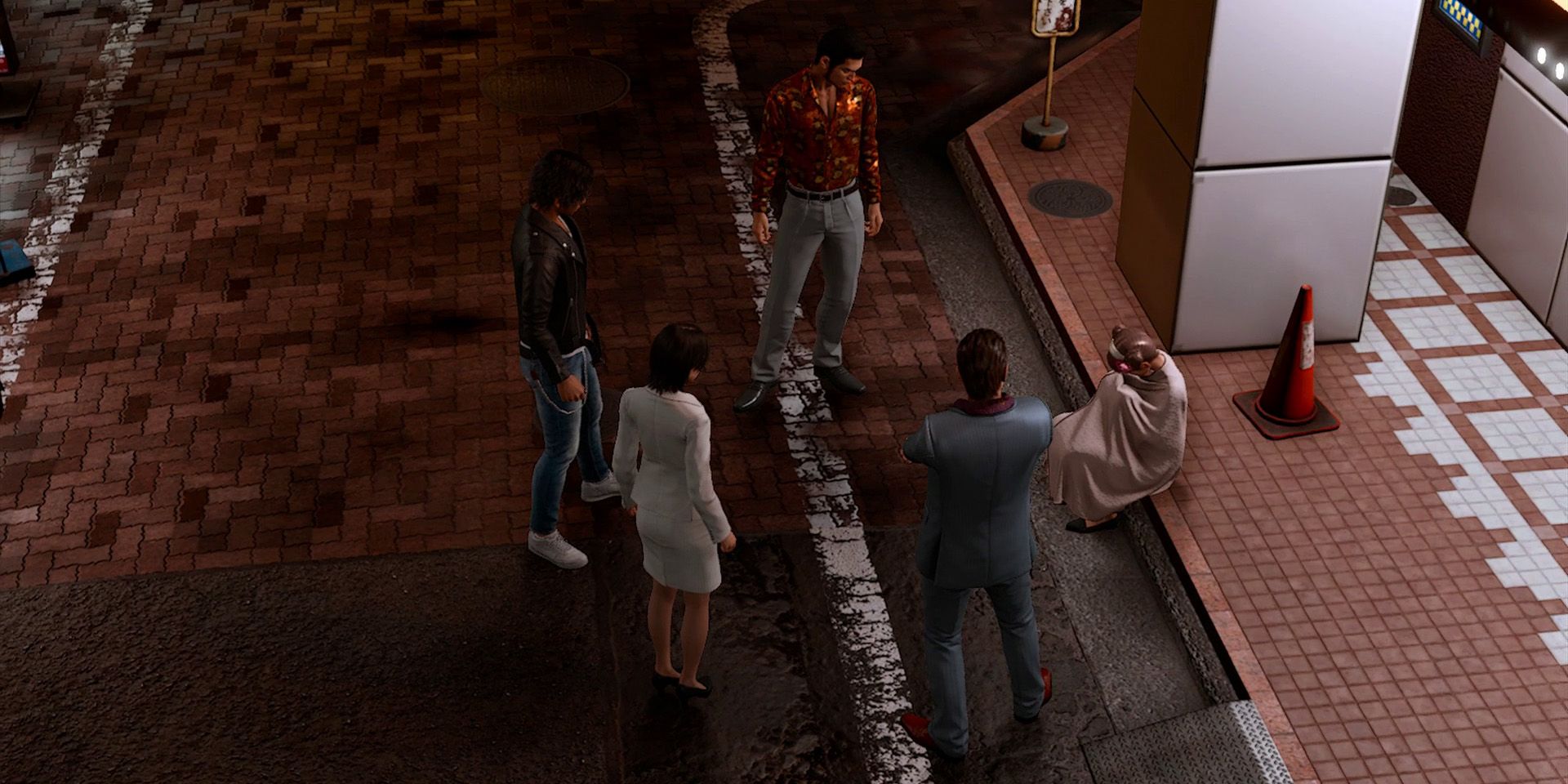 The twelfth and penultimate chapter of Lost Judgment is called To Nourish a Viper and masterfully guides players towards the main story’s epic conclusion. It’s a relatively short chapter when compared to some of those that preceded it, however, and a large chunk of its length is actually taken up by cutscenes.

RELATED: Lost Judgment: Every Piece of Squirrel Graffiti in Ijincho (& Where to Find Them)

Amongst all of the exposition are some exciting infiltrations and a few fairly challenging fights for players to sink their teeth into. Given how close they are to the end of the game, players should also be thinking about wrapping up any remaining sidequests or School Stories, though this can still be done in Lost Judgment‘s final chapter if they’d prefer.

Saori is understandably a little shaken by Akutsu’s assassination at the end of the previous chapter, so players’ first main objective is to walk her back to Genda Law. There, they’ll need to sit through a short cutscene, after which it’s time to head back to the Yagami Detective Agency and rest on the couch.

In the morning, Tak will decide that he wants to talk to Higashi, so players should make their way over to the Charles arcade. Just as they’re heading inside though, they’ll receive a call from Tsukumo, who reveals that RK members have attacked the Yokohama Liumang in an attempt to get to Kuwana and tighten their grip on Ijincho.

Down in the arcade, Higashi will suggest speaking with a former mobster called Irie, who may be able to provide some insight into Soma’s mysterious past. Irie can be found drinking his life away in a nearby bar called Earth Angel, which is where players should be heading next.

Though Irie can’t help too much when it comes to Soma’s background, he does reveal that RK is currently in a dispute with a rival gang that runs a gambling den out of the Misawa Building on North Senryo Avenue. Observant players may remember this as the main location from the game’s prologue. Either way, Tak and his friends will soon be returning there as RK is planning to raid the building that very night.

Returning to the Tatami Room

Whenever they’re ready, players should head to the gambling den, which isn’t too far away from the Champion District. Once there, they’ll find that RK’s onslaught has already begun and will need to take out some thugs almost immediately after stepping inside. Once the RK members have been defeated, players will be faced with two doors.

The first door is locked, but the second leads to a room containing a safe and an injured man, though players won’t be able to see either until after they have turned on the light. When asked for the code for the locked door up ahead, the man will reveal that it’s either 0508 or 8010. For those wondering, he was right the first time. Players can use 8010 to open up the safe and receive the To Crush a Dragon skill book, which unlocks the Dragon’s Crushing Fist skill.

Passing through the locked door will lead to an empty office. There’s nothing to do here, but if players head over near the windows, they’ll be able to climb out onto some scaffolding and then use parkour and pipes to reach the next floor. Unfortunately, the door on the fourth floor won’t open, so they’ll need to head back outside and continue to scale the side of the building.

It’s worth noting that there are several items that can be picked up during the ascent, including some Stretchy Rubber, an Eqcuisite Screw, and some Staminan X. Other than perhaps the latter though, which requires following a pipe round to the right just before reaching the rooftop, none are really worth going out of one’s way for.

Eventually, after a lot more parkour, players will reach the building’s roof where they’ll need to take care of a few more RK thugs. After that, they’ll be able to throw down some rope so that Higashi and Kaito can climb up. Several infiltration sections follow, in which players will need to knock out RK goons and avoid flashlights to reach the red glowing areas.

It’s all fairly straightforward, but players should keep in mind that enemies can only be taken out after they have been distracted. Without first throwing a coin or smoke ball, approaching enemies from behind will lead to the “Take Down” option being grayed out and, more often than not, Tak being caught and the section restarting.

Once the infiltration sections are out of the way, players will reach the entrance to the Tatami Room, where they can find a Prize Medal and a save point not too far from the door. Heading inside will lead to a fairly simple battle with some armed RK members as well as a few cutscenes involving Tak and Kaito’s old buddy, Kousei.

Once all of the goons have been defeated, players will be given a glimpse of what’s going on at Touto University Hospital before being whisked right back to the Tatami Room. They won’t find Soma, but Kousei mentions that he overheard someone saying that the RK leader has been operating out of Ijincho. After resting on the couch at the Yagami Detective Agency, players should head there in the morning and pay a visit to Yokohama 99.

The next main objective, “Check Up on Ijincho,” is a little vague, though players can fulfill it quite easily just by entering and exiting Seiryo High. This will trigger a phone call from Kuwana, who’ll ask Tak to meet one of his accomplices outside Sawa’s apartment. Before doing so, however, he’ll need to lose any tails he may currently have and so should visit the headquarters of the Yokhoma Liumang.

Tesso will allow Tak to use the Liumang’s hidden passageway, which will bring players out in Fukutoku Park. Before they can enter the tunnel, however, they’ll first need to select a disguise of some sort. From the park, it’s a simple case of heading over to Daikokuten Avenue, where Akaike will be waiting to drive Tak over to Kuwana’s hiding place.

After arriving at the Funemirai kan boat, there’ll be a ten-minute cutscene that’s loaded with exposition. When it ends, players will need to take out some more RK thugs with Kuwana. It’s a simple enough fight, though several of the thugs do have guns, so players should be sure to take them out first or disarm them using Snake Style.

With more and more RK members turning up, it eventually becomes clear that Tak and Kuwana are outnumbered and the handyman decides to flee. He dives off the side of the boat, triggering some explosives and wiping out half of the RK goons. Thankfully, Tak survives the blast and the chapter ends with the detective clutching the locket that Kuwana gave him.

MORE: Lost Judgment: Every Kappa Statue (& Where to Find Them)