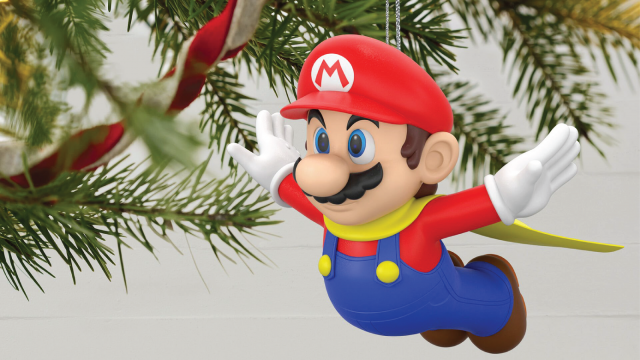 Nintendo and Hallmark have teamed up for a number of years now to bring customers Nintendo-themed Keepsake Christmas ornaments. These high-quality, detailed ornaments have featured beloved characters from the Mario, Zelda, and Pokémon franchises, as well as light-and-sound ornaments of the NES and the Donkey Kong arcade cabinet, and more.

The duo is teaming up yet again this year for a new set of ornaments inspired by Nintendo titles, and SEGA is getting in on the action this year with two ornaments featuring Sonic, Tails, and Knuckles from Sonic the Hedgehog. This year’s light-and-sound ornament is the SNES, which will play music and sound effects from Super Mario World. It pairs nicely with the upcoming ornament of Mario flying with his cape. 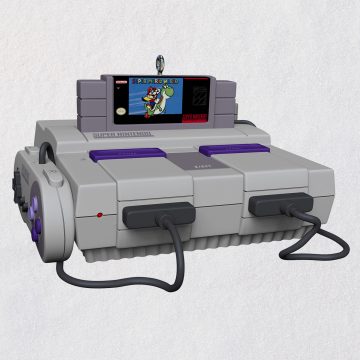 Two Mario Kart-inspired ornaments have been released in previous years — Mario and Yoshi each on their Pipe Frame karts — and this year we get another: Donkey Kong squeezed tightly into his yellow Pipe Frame kart, hunched over the steering wheel. Hallmark loves its teeny miniature ornaments, and last year we got two: 8-bit Mario and Luigi. This year’s miniatures will be 8-bit Link and Zelda from The Legend of Zelda! Gift-givers (and collectors) who like things with a personal touch should look forward to the personalized ornament featuring Mario standing triumphantly on a pipe, dangling from a circular name tag that can feature the name of your loved one (or yourself!).

Pokémon fans can add some color and intensity to their Christmas tree with a battle-ready Charizard, while Sonic fans get two treats: Tails flying while holding Sonic aloft by the arms, and Knuckles zooming through the air holding a ring.

Which of these ornaments are you looking forward to? Have you purchased any of the ornaments from previous years? Let us know below.