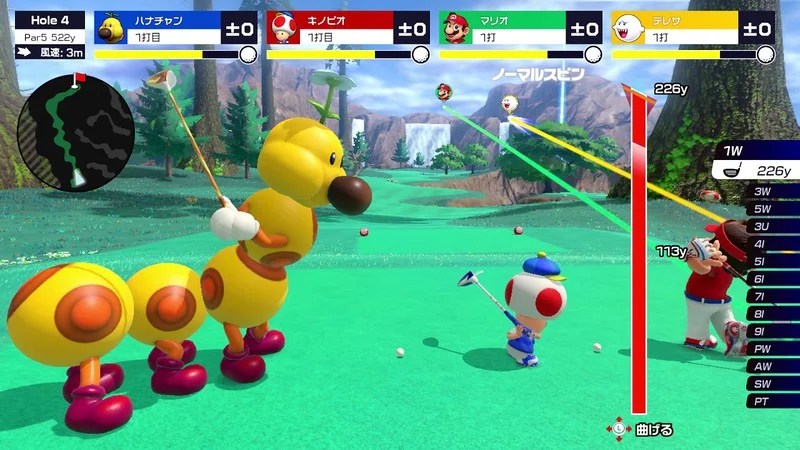 Nintendo has just announced the contents of a new free update for Mario Golf Super Rush. This update (version 4.0.0) adds two new playable characters, courses, and modes. It will be the final free update to the game, coming after a previous free update back in September.

The two new playable characters in this update are Shy Guy and Wiggler.

Shelltop Sanctuary is where Cheep Cheeps fly to and fro with two difficulty settings and all 18 holes being Par 3. All-Star Summit uses illustrations of Mario and others as its motif with brick blocks strewn throughout the course.

Target Golf mode allows you to play with just tee shots, without needing to know the detailed rules of golf. One-On, One-Putt mode requires you to hit the green on the first swing and then putt into the cup on the second swing.

Below are some pictures of the new characters, courses, and modes.

Finally, there are a number of game balance adjustments in this update. The detailed patch notes along with in-depth explanations of the content being added can be read here.

The free update to version 4.0.0 is available to download right now. Though this is the last free update to Mario Golf Super Rush, there is no word on whether or not there will be future paid updates or expansions.