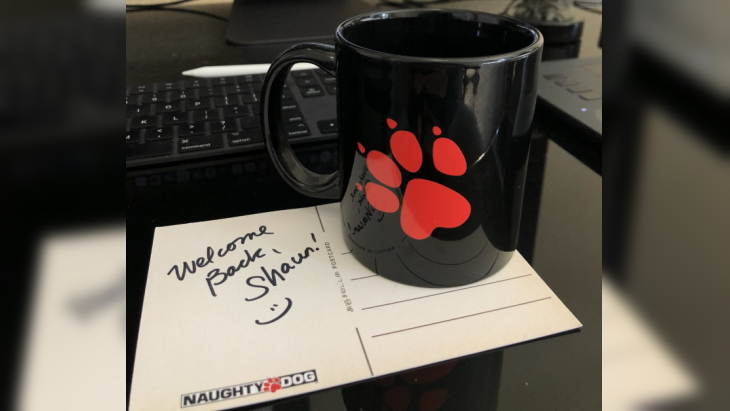 Shaun Escayg, the director and writer for Marvel’s Avengers, has announced his departure from Crystal Dynamics, and his return to Naughty Dog.

The announcement came via Twitter, with Naughty Dog showing they welcomed him back with open arms. Escayg had previously worked there for six years, and was previously a creative director on Uncharted: The Lost Legacy, and lead cinematic animator on The Last of Us.

According to his LinkedIn profile, Escayg joined Crystal Dynamics in January 2018, creating “Marvel’s Avengers- Kamala Khan Single Player Campaign” as a director and writer. Escayg may be returning to Naughty Dog to work on the rumored The Last of Us remake on PlayStation 5. The reason may have more to do with fleeing Crystal Dynamics however.

Square Enix made a reported $61.23 million USD loss in FY 2021 Q2 from HD games; with the only notable game in that period being Marvel’s Avengers; launched September 4th, 2020.

At the time David Gibson, co-founder of Astris Advisory Japan KK, tweeted that Square made a ¥6.5 billion JPY loss on HD games that quarter; “driven” by Marvel’s Avengers. He also proposed the game sold 60% of estimated sales goals, and had development costs of $170 million USD to $190 million USD.

Square Enix president Yosuke Matsude stated Marvel’s Avengers did not recoup its development costs in the two months since launch, during the Financial Results briefing for FY2021Q2. The game also received middling scores from critics, and harsh scorn from players [1, 2, 3].

Our own review stated “at its highest highs, Avengers is generic.” This was furthered hindered my microtransactions, rarely having enough in-game money to buy want you want (tempting you to buy more), and an out of place loot and leveling system.

The game even made our list for our worst video games of 2020; and recent changes to the game’s XP progression and cosmetic acquisition made us consider if the game was going free-to-play.

As the game continues to add more content, Escayg’s leaving may be seen as a poor omen to some. Then again, with the major development complete, and new stories being written, Escayg have left the team in hands capable of taking the game forward in a brighter light.

What do you think? Sound off in the comments below!