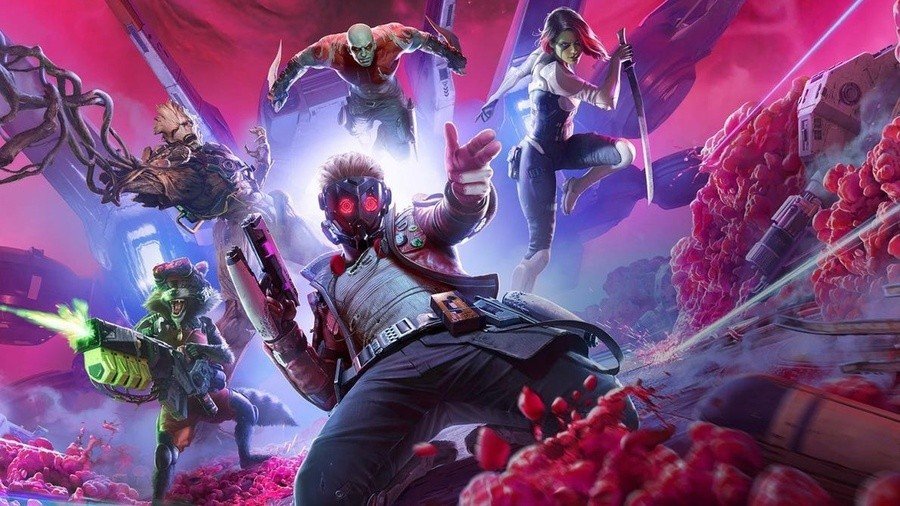 Cast your minds back to Nintendo’s E3 Direct and you’ll remember the slightly surprising announcement that Square Enix’s Marvel’s Guardians of the Galaxy would be headed to Switch. It’ll only be available on Nintendo’s platform as a Cloud version, unfortunately, but the release date is now just around the corner.

It’ll be launching on 26th October across all major platforms (again, only as a Cloud version on Switch), and ahead of the release, Square Enix has shared an “almost” complete tracklist for the game’s soundtrack. As you’d expect with it being a Guardians of the Galaxy game, it boasts a soundtrack full of ’80s rock and pop songs:

You’ll hear these tracks as you progress through the game, and can also check them out on the jukebox you’ll find on the Milano. The ‘Huddle’, a key combat mechanic, will also let you choose between two songs on Star-Lord’s cassette player to motivate your team and overwhelm your enemies.

Square Enix says that all of the songs will be featured in the game, but with an optional toggle for those who might want to mute them for streaming purposes.

Will you be checking out Marvel’s Guardians Of The Galaxy when it arrives on 26th October? Will you be playing on Switch, or does the Cloud version put you off? Let us know in the usual place.