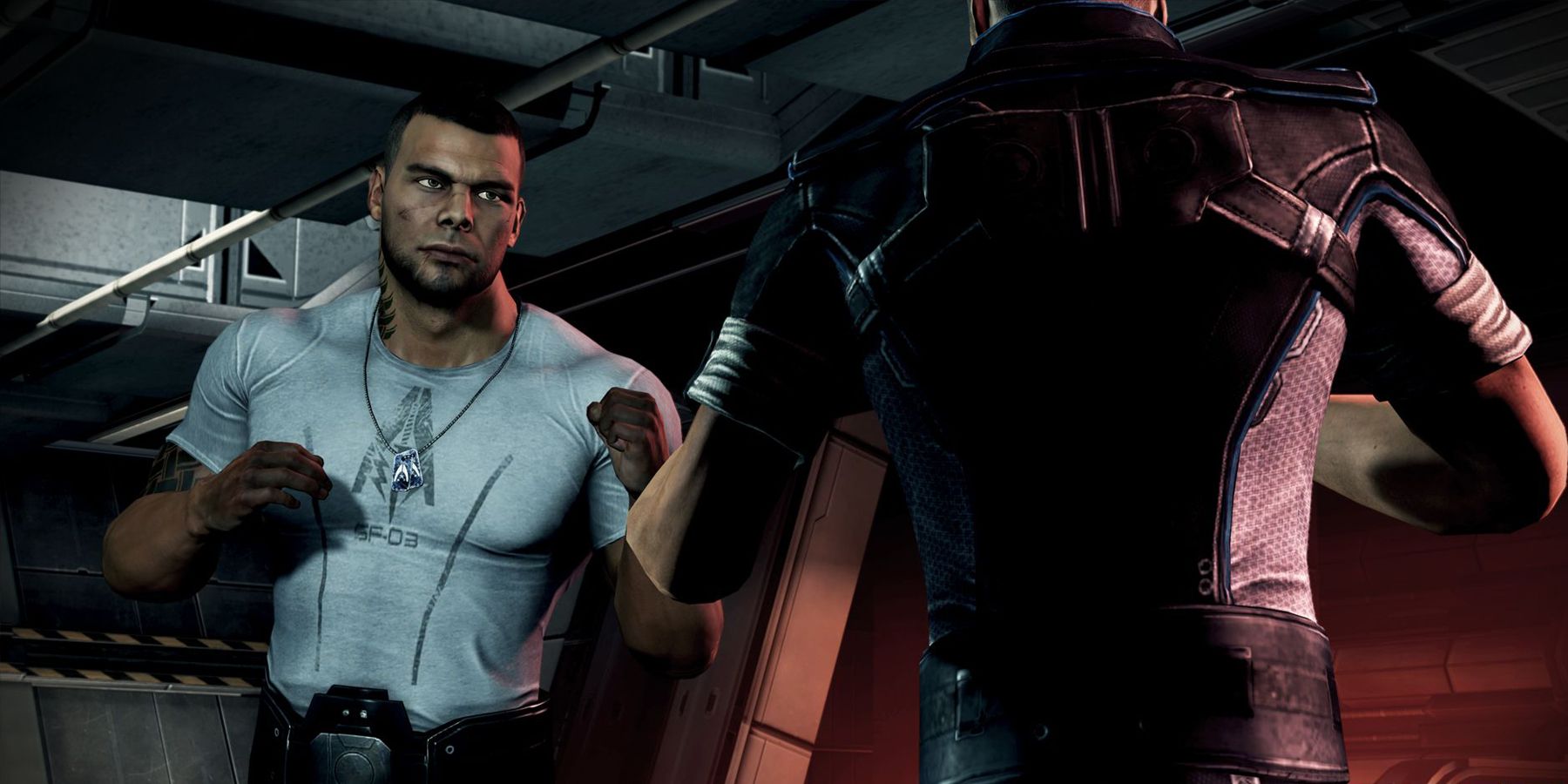 Mass Effect fans certainly seem to be a crafty bunch. The series’ subreddit is home to everything from brilliant fan art and cosplay to custom cars and birthday cakes. Almost every day seems to bring with it some new examples of fans showing their love in creative and often impressive ways.

With fan art especially, a few characters are clear favorites. Unfortunately, Mass Effect 3’s James Vega is not usually one of those characters. However, one impressive piece of fan art shows that he’s far from hated in the Mass Effect community.

The sketch shows Vega as he appears in Mass Effect 3 and is paired with a quote from the Mass Effect: Paragon Lost animated film. The piece has an extraordinary level of detail, including realistic stubble. The image was created and shared by Reddit user northernlady_1984, who also goes by Marie S.G. on the site. She made the sketch using white and black pencils, and as one might guess from the image, it’s far from her first piece.

“Out here, our choices affect not only our lives, but the lives of all the people we’ve sworn to protect. We can only hope… we make the right ones.” – James Vega, Paragon Lost (Draw by me) from
masseffect

It’s not even Marie S. G.’s only piece of fan art shared on the Mass Effect subreddit. Previous sketches include Mass Effect 2’s Zaeed Massani and Aria T’Loak, and Vetra Nyx from Mass Effect: Andromeda. The artist also produced illustrations of characters from other games, such as Deus Ex and Cyberpunk 2077.

James Vega fan art is a comparatively rare sight on the Mass Effect subreddit. Introduced in Mass Effect 3, many players were initially dismissive of the muscular space marine. BioWare created James Vega in large part to serve as an audience surrogate for players who hadn’t experienced the preceding games. This manifested as a tendency to ask many questions that felt annoying and obvious to returning fans.

However, a combination of good writing and a stellar performance by Freddy Prinze Jr. helped the character grow on many players. Browsing the comments under Marie’s post will reveal several people that initially hated the character, only to later view him as something like Commander Shepard’s little brother. The general scarcity of James Vega fan art likely had more to do with his late addition to the series than any hostility among the fanbase.

The original Mass Effect trilogy has many beloved characters, making it a crowded field. Even the most controversial party members still have their diehard fans, and there are few that the fanbase as a whole actively despises. Some of the responses to Marie S. G.’s phenomenal piece of fan art demonstrate that even late-appearing characters are still some fans’ favorites.

Mass Effect 3 is included in the Mass Effect: Legendary Edition available now on PC, PS4, and Xbox One.

MORE: 8 Game Franchises That Killed Off Their Protagonist (& Kept Going)