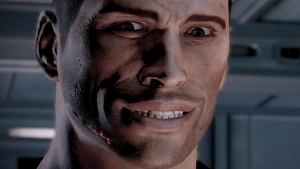 BioWare has confirmed a photo mode for Mass Effect Legendary Edition, so you can snap alien heartthrob Garrus from all angles.

Photo mode will be available as an option from the pause screen mission computer, BioWare technical design director Brenon Holmes said – which suggests it'll be available during gameplay at all times, but not during cut-scenes.

Last night, Mass Effect boss Mac Walters revealed the mode on Twitter with a moody monochrome shot of Garrus standing next to the Mako in Mass Effect 1.