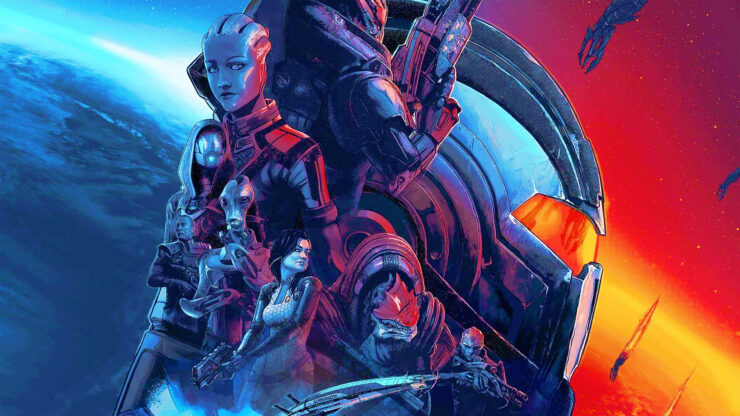 A new report published by Deadline suggests that Amazon Prime Video is nearing the completion of a deal with EA for a Mass Effect TV series adaptation. This is part of Amazon’s push into fantasy and science fiction, which began earlier this week with The Wheel of Time adaptation (this year’s most watched series premiere on Prime Video and one of the top five of all time, according to Amazon Studios head Jennifer Salke) and will continue next year with the Lord of the Rings TV series.

You will see us continuing to invest in fantasy genre of all kinds, we have a genre-focused team on the ground in Studios who work tirelessly with our creative partners on those slates, and you can look forward to more.

The report doesn’t share any further information on the Mass Effect TV series, sadly enough. Not long ago, though, renowned actor Henry Cavill teased something Mass Effect related, and that led many fans to speculate he could be portraying Shepard in a live-action adaptation, though whether he’d be able to juggle that with the ongoing commitment to The Witcher (whose second season premieres December 17th on Netflix) is unclear.

About four months ago, BioWare Project Director Mac Walters commented on live-action adaptations for the beloved IP. Back in 2010, Legendary Pictures and Warner Bros. had acquired the rights to produce a Mass Effect film, but Walters said it was never a good fit and a Mass Effect TV series would make much more sense.

It felt like we were always fighting the IP. What story are we going to tell in 90 to 120 minutes? Are we going to do it justice?

If you’re going to tell a story that’s as fleshed out as ‘Mass Effect,’ TV is the way to do it. There’s a natural way it fits well with episodic content.

When we build out a ‘Mass Effect’ game, we have a backbone, or an overall story that we want to tell, but each level or mission is like its own TV episode. It doesn’t get written ahead of time. It gets written at the time that we get to it. So it gets added to the main story and sometimes the main story gets adjusted because we did something really cool in that ‘episode.’ So long-form storytelling is a great place for game franchises.

The Mass Effect TV series will surely take a few years to make before it becomes available on Amazon Prime Video. In the meantime, though, you could play the whole game trilogy again, gloriously remastered in Mass Effect Legendary Edition.