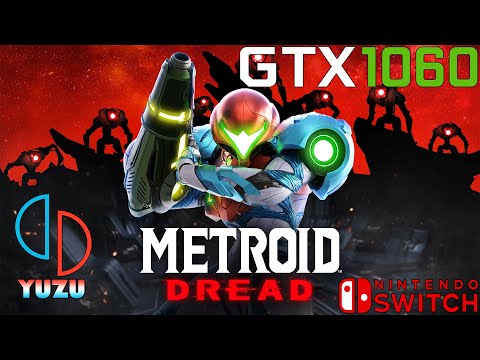 Metroid fans have been waiting for the next game in the series for years now. When all hope seemed lost, Nintendo announced Metroid Dread, whose recent release has been a joy for Nintendo Switch and PC owners alike. You read that right, PC owners have also been enjoying the game as it has already made its way to several popular emulators.

As pointed out by PC Gamer, Switch emulator Yuzu displays the game at native resolution and manages to run it pretty smoothly; while Ryujinx users have been reporting some stuttering issues. However, they recommended using the Emusak add-on, via which you can download all of the game’s shaders so that the game doesn’t have to cache them while you’re in the middle of things.

And in case you want to see just how well the game will run, YouTuber Gaminja captured Metroid Dread’s performance on both of the emulators. If you’re wondering about their PC build, they’ve got a 6GB GTX 1060, an Intel Core i5-8400 processor, and 16GB of DDR4 RAM.

RELATED: So, Are We Actually Going To Cast Brie Larson As Samus Aran Or What?

It wasn’t just the fans celebrating the release of Metroid Dread, Super Smash Bros. Ultimate has added a new Spirit Board in honour of the game’s launch. The first Spirit will be the Metroid Dread variation of Samus Aran in her Fusion outfit and will have a three-star difficulty. After that will be another three-star attacker Spirit, E.M.M.I., which is represented by ROB the Robot. The final spirit will be the Chozo warriors that have been shown off several times in Dread’s marketing; they will have an easier two-star difficulty.

If you’re still not too sure about Metroid Dread, our review says that it “suffers from some minor grievances, but overall it is a remarkable achievement in not just resurrecting a dormant and beloved series, proving its authority in the genre it inhabits, or exhibiting the kind of airtight design we’d expect from a title of this calibre. It is a remarkable achievement because it is one of those few rare games that sets itself an atmospheric goal and launches it towards and through the stratosphere.”

Metroid Dread is now out on Nintendo Switch… and clearly emulators as well.

NEXT: I Never Thought I’d Live To See A Metroid Game Sell This Well