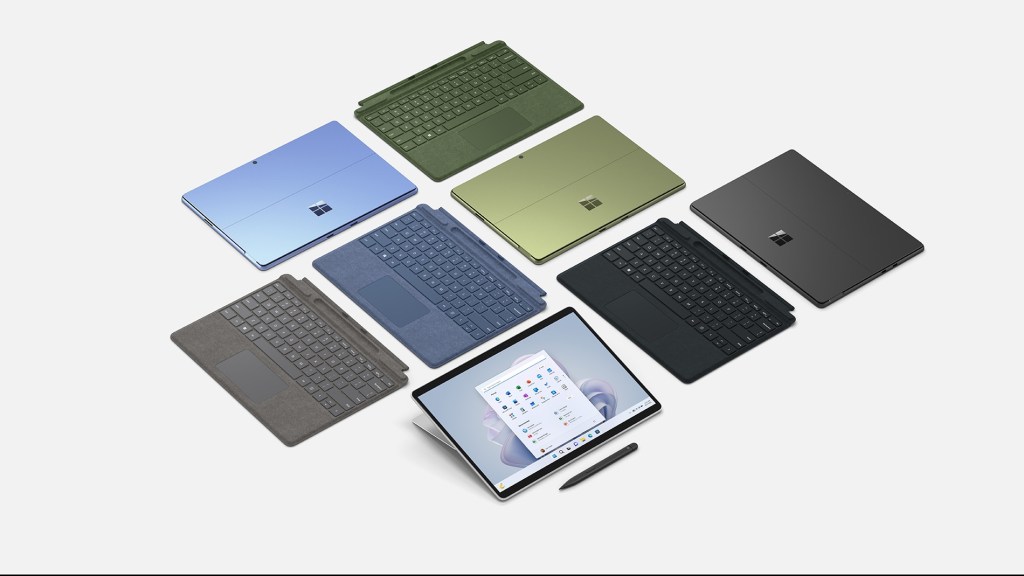 Last year’s Microsoft redesigned Surface Pro 8 from the inside out and made it the lightest and thinnest ever. With an enlarged screen and support for 120Hz refresh rate, providing two Thunderbolt 4 ports.

In addition to the classic bright platinum and graphite gray colorways, Surface Pro 9 is available in Sapphire and Forest Green. In addition to the new colorways, Microsoft has partnered with global design firm “Liberty” to launch a limited edition Surface Pro 9 with a unique laser-etched pattern in a vibrant blue floral design inspired by Windows 11 Bloom to celebrate the Surface Pro’s 10th anniversary. Along with it is a Type Cover, which also comes with a floral blue print.

The 5G version of the Surface Pro 9 is powered by the Microsoft SQ3 processor based on the Snapdragon 8cx 3rd generation with a new neural processing unit in partnership with Snapdragon, which officials say provides up to 19 hours of battery life.