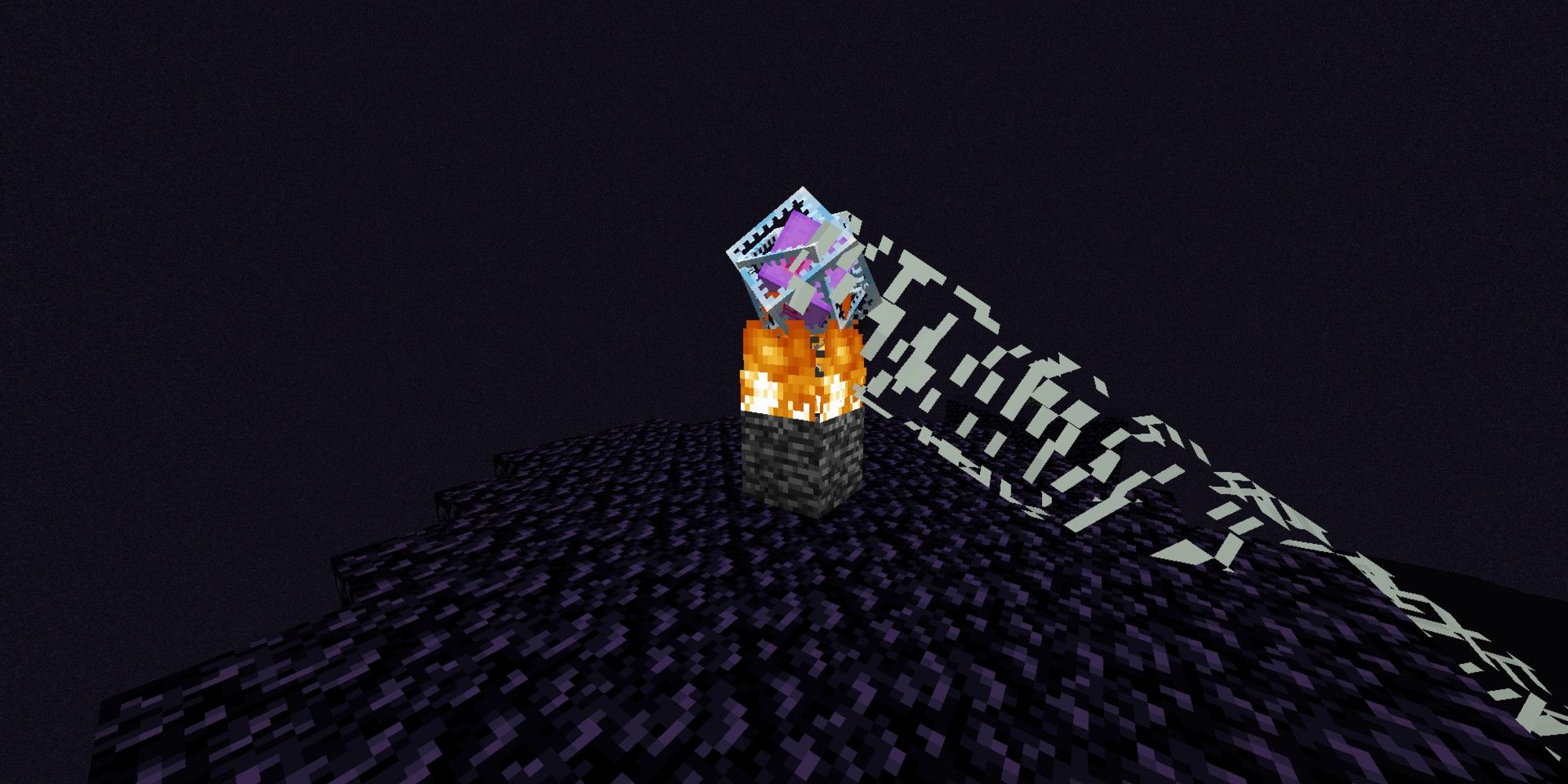 If you've been to the End in Minecraft, then you've seen an end crystal. These floating objects appear in pillars in the End and are important during your fight with the Ender Dragon. In addition to naturally appearing in the End, you can make your own end crystal with just a few items.

In this guide, we are going to go over how to make your own end crystal, as well as the requirements to place it. This item can be used to respawn the Ender Dragon, as well as for decoration. First, let's go over what end crystals do.

What Are End Crystals?

As mentioned above, end crystals appear in the End. When you enter through the End Portal, you will see a floating island with pillars in a circle. Each of these pillars will have an end crystal on top of one block of bedrock. These crystals will connect to the Ender Dragon, restoring its HP. Fortunately, you do not need to kill the Ender Dragon to get your own end crystal.

To make an end crystal, you will need the following materials.

Eyes of ender are crafted from ender pearls and blaze powder. Ender pearls drop from Endermen, which can be found in the End, the Nether, and the overworld. Alternatively, you can set up an Enderman farm to get a lot of ender pearls. Ender pearls will also be available to purchase from expert-level Cleric villagers for five emeralds.

Blaze powder is crafted from blaze rods, which will drop from Blazes that spawn in Nether Fortresses. They shoot fire and can fly, so they are a bit annoying to kill. Thankfully, Blaze spawners are common in the fortresses, so you will be able to gather blaze rods pretty quickly. You can craft two blaze powders from one blaze rod.

Ghast tears will drop from Ghasts, which also spawn in the Nether. Ghasts are giant white mobs that float around, spitting explosive fireballs. You can find them in Nether Wastes, a Soul Sand Valley, and Basalt Deltas.

Overall, once you have access to the Nether, you will be able to gather all the resources to make your own end crystal.

Where To Place End Crystals

End crystals can only be placed on bedrock or obsidian. Since you can't freely place bedrock, you will probably be building an obsidian pedestal for your end crystal if you want to use it as decoration.

Removing any end crystal regardless of its location will cause an explosion. If you do want to use it for decoration, keep this in mind.

Next: Minecraft Complete Guide And Walkthrough