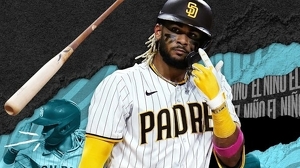 ‘Sony Interactive Entertainment presents’. We’ve all seen that splash screen, the white type on the black background transitioning into a polished branding sequence, culminating in the familiar cross/square/triangle/circle iconography – only this time it’s not just manifesting on a PlayStation game, it’s also happening on Xbox. All of them in fact, from Xbox One to Xbox Series X. This is MLB The Show 21, the first multi-platform release from PlayStation Studios. I’ve played the game across three Xbox machines and two PlayStations and the results are fascinating.

Quite how we’ve reached this situation is something we can only really speculate about, but it’s likely that Major League Baseball itself – the publisher – opted to move the franchise into the multi-platform arena. It’s also likely it’s the same outfit that brokered the deal to bring MLB The Show 21 to Game Pass on day one, which not only makes this title an unlikely battle of the consoles but also a stark contrast in the business models that Sony and Microsoft have opted for. From my perspective, MLB The Show 21 was available to download on any of my Microsoft consoles and it was just there as part of my subscription – a couple of button presses to download as I was good to go. Meanwhile, on the PlayStation side, I had to pay £75 for the cross-gen version of the game. Yes, remarkably, there’s a £15 price-premium for buying the SKU that allows access to both PS4 and PS5 versions of the game. In terms of value, Game Pass clearly comes out on top – particularly when this is very much a cross-gen game with only relatively minor upgrades separating PS4 Pro and PlayStation 5.

MLB The Show 21 is a classic modern sports game in many respects. It doesn’t feature the kind of smoothed-off filmic look of today’s renderers – it aims for a pin-sharp, pristine presentation, with highly detailed character models bathed in effective, impressive post-processing. That’s in the cutscenes – or the ‘presentations’ as the game calls them. Actual gameplay is more spartan, but still suitably impressive. PlayStation 5 and Series X render proceedings at native 2160p resolution and barring some very minor differences (a slight difference in select filtering? An odd water rendering bug in one scene on Series X?) they are basically identical. For Xbox Series S, resolution drops to 1080p and there is some evidence that perhaps some textures resolve at a lower detail level. But similar to most modern sports titles, parity is the key here in terms of the overall look and feel of the game.