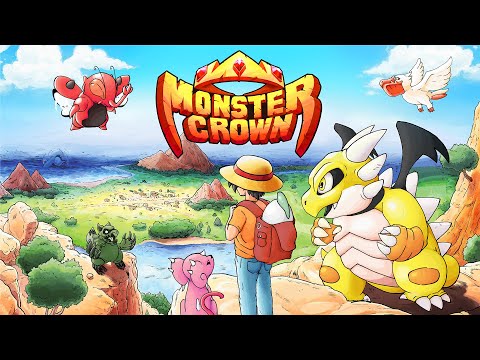 Monster Crown is a monster battle RPG that brings back childhood memories, except this game was created recently with the intentional use of retro aesthetics. Like Pokemon from back in the day, the game involves exploring different worlds and finding and defeating new monsters you encounter. With a surprisingly decent background story that doesn’t only involve defeating gym leaders to become the best, Monster Crown goes a little deeper than that and puts more meaning to your actions. It can be challenging to learn, and the tutorials aren’t the most helpful. Still, there are many positive aspects to the game that one can already experience in the first ten minutes of playing – the frustrating points do present themselves later on, though.

At the very beginning, we already know an evil young woman scheming something behind the scenes, and their involvement in the plot is a lot more than your character defeating some bad guys and achieving your goals faster than your childhood rival. Our protagonist is the 14-year-old you, with wonderfully inclusive options and a couple of outfit changes available. Your journey begins with your dad teaching you how to recruit monsters and sending you off on a quest to deliver a pearl to the king, which pretty much starts the main storyline. In this game, you will face many monsters, battles, learning opportunities, and, unfortunately, some minor glitches along the way. The game isn’t too long, but it isn’t something you can complete in a few hours, and should the controls be smoother, the gameplay and story could be enjoyed much better.

In Monster Crown, each monster you recruit has to join you via a pact. This is almost like a contract where the monster can agree to join you or not, depending on if they agree to your terms. If they are not satisfied with the pact, then they have the opportunity to attack you. It is a more ethical way of explaining why people use monsters to fight and why monsters choose to fight alongside humans, as the relationship is mutually beneficial and not simply a power struggle where humans are always on top and making creatures fight each other for their own sake.

When it comes to random encounters, the monster’s sprite is shown so you can strategically know who to battle and who to avoid. One of the disadvantages, though, is when you see a monster you want to befriend but getting to them requires you to leave your current screen, the monster will likely disappear. Monsters respawn almost automatically – basically, right when you leave the screen, new monsters will show up no matter what. This is a great way to build a team and increase the stats of your current monsters, and because you can see who they are, you can strategically walk back and forth until the one you wanted appears. 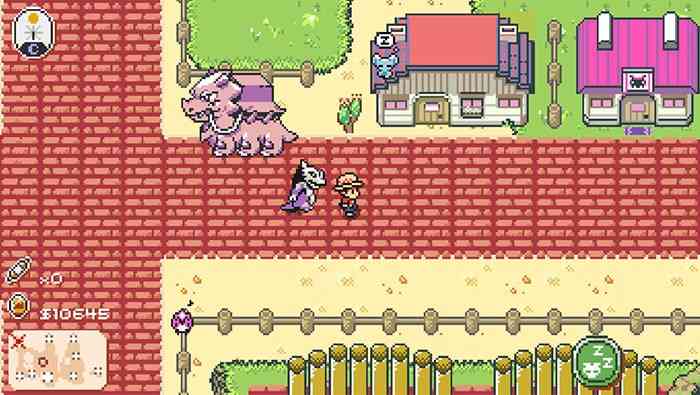 Every run-in can be delightful as battles tend to be short; however, that also means there isn’t a lot of joy from fights because of how fast it ends. For those who want to progress in the story quickly, these battles can be your best friend; for those who want to strategize in a battle, this may not be your cup of tea. There is an option to change your level of difficulty, and this feature allows players to either challenge themselves or to have a casual and memorable time. If you die, you lose your items, so you have to be careful – if this is something that worries you, you can toggle to easy mode and enjoy a more stress-free experience.

Besides wandering around as a monster tamer and going to places with your crew, there are other options to explore, such as finding all the monsters you can and even breeding them. With 200 different species and the occasional “???” creatures that you encounter (and can name), a lot is going on with the game and can be slightly overwhelming. I took a while to understand the different monster types as they were not the usual elements that I was used to, and with each monster I face, I wonder if I’ve recruited it before – there were so many! I was also a little perplexed with the number of actions I could take, such as placing monsters in one area while smashing pumpkins in a different place. The tutorial and controls lack finesse, and the instructions weren’t self-explanatory, but the basics of the game were easy enough to understand. 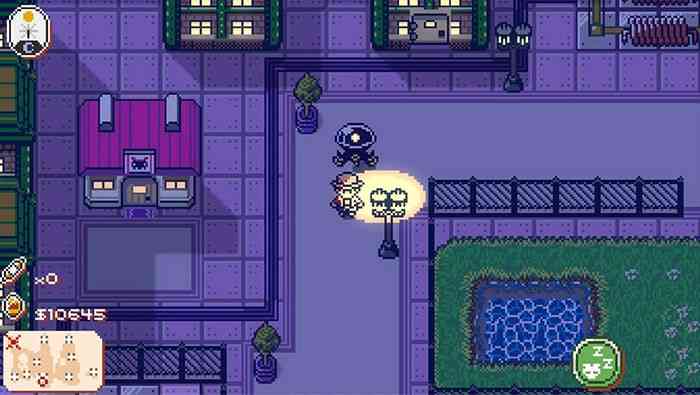 At the time of writing, there has yet to be a patch for the technical glitches experienced. Though this update will be coming shortly, it was slightly frustrating not to be able to play the game through smoothly to give a review of all the functions without being a little upset with the lack of response. It was truthfully unclear whether the character was hard to control or if I was experiencing a technical glitch. However, I will have to say it was the latter because there’s no way simple actions such as running around and going over a fence could be that difficult. However, this update has been promised, so there is potential for Monster Crown to develop into a better, easier-to-enjoy video game. At the moment, though, it is hard to comment on its performance if the game is still lacking in this area.

There were a lot of enjoyable, nostalgic moments with the familiar battle systems that were strengthened by the retro aesthetics. Monster Crown is more than just capturing and leveling up the monsters you tame. There is a story to be followed and monsters to breed. Unfortunately, it isn’t easy to comprehend, and janky controls take away from the experience, but the general gameplay is familiar and straightforward to understand. With so much information and planning involved, though, Monster Crown feels like it can be a bigger game than it actually is, and perhaps one day, it can be released as something more ready and easier to learn.

*** A Nintendo Switch code was provided by the publisher ***

The post Monster Crown Review – Almost Ready to Take On the World appeared first on COGconnected.