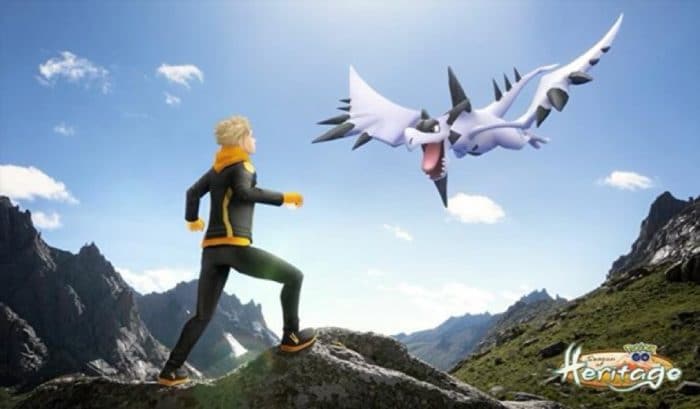 Season of Heritage Continues with Mountains of Power

Today marks the beginning of the next event in Pokémon GO. Mountains of Power kicked off this morning at 10:00 a.m. local time and will last through January 13 at 8:00 p.m. local time. This time around, Niantic is focusing on rock- and steel-type Pokémon in the popular mobile game.

The season of Heritage has been in full swing for Pokémon GO since the beginning of December. It has gone through several stages including Holiday-focused events and items and the introduction of new shiny forms of fan-favourite Pokémon.

Season of Heritage also brought special costumed Pokémon to celebrate the holidays and the New Year, in addition to several different event bonuses and Timed Research. Notably, these different timed events shuffled around Pokémon in various environments, with each new event boosting the encounter rate of varying creatures.

For Mountains of Power, trainers will see certain Pokémon appear more frequently. This includes Zubat, Machop, Nosepass, Onix, Ferroseed and more. This will also be the Pokémon GO debut of Slugma’s Shiny form.

Shiny Slugma isn’t the only Pokémon making its Pokémon GO debut. For the first time, Mega Aerodactyl will be available in Mega Raids.

As for Research tasks, the Timed Research for this event will involve catching Pokémon, hatching eggs and earning Buddy Candy. Completing these tasks will give trainers a chance at catching Mawile and Beldum. Completion of certain Field Research tasks will result in an encounter with Alolan Geodude, Slugma or Mawile.

In addition, as is usually the case, this event comes with some special bonuses. During Mountains of Power, it will take players half the walking distance to earn hearts with your buddy Pokémon.

Make sure you log onto Pokémon GO before January 13 to take advantage of these bonuses. Which featured Pokémon are you most excited to catch during the Mountains of Power event?

The post Mountains of Power Event Kicks off in Pokémon GO appeared first on COGconnected.