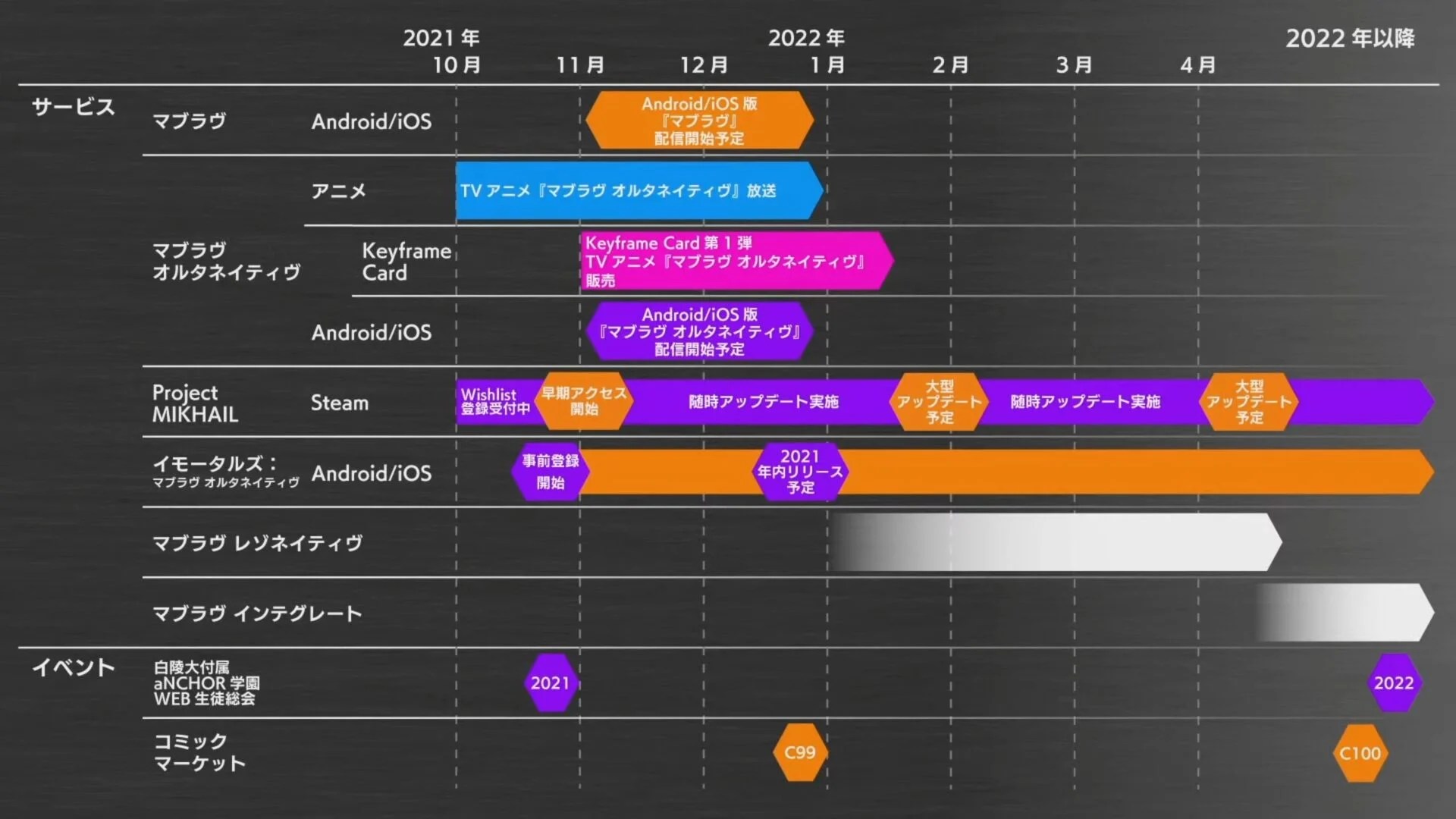 Today, during an event from Japan, Muv-Luv publisher aNCHOR revealed new information about future plans for the beloved franchise.

First of all, we hear that the original Muv-Luv Trilogy, Muv-Luv (that includes both Muv-Luv Extra) and Muv-Luv Alternative will be released for iOS and Android between November 2021 and January 2022.

On top of that, the upcoming games Muv-Luv Integrate and Muv-Luv Resonative, which are respectively sequels of Muv-Luv Alternative and Muv-Luv Unlimited: The Day After, will come further in the future. That being said, development is continuing and it’s going smoothly.

We also hear further news for Project Mikhail. Following its release on Steam on November 2, it’ll receive major updates around February and after April 2022, but it’ll also get smaller updates from time to time between the bigger ones.

The upcoming Steam release of Muv-Luv Alternative: Total Eclipse doesn’t appear in the roadmap, but we know that its translation is “In the final stretch” so it should be coming soon enough.

Incidentally, the whole franchise is currently 50% off on Steam, so it’s a great time to jump into it.

Last, but not least, final samples for the 1/4 scale bunny girl figures by FREEing portraying Meiya Mitsurugi and Sumika Kagami have also been revealed. They will be released in Japan in November. You can check them out below.

Earlier during the same event, we got to enjoy a new trailer of Project Mikhail for PC and Nintendo Switch showing the story and PvP modes, some brand new gameplay and the announcement of the early access bonus, and the reveal of the official title and new gameplay for Immortal: Muv-Luv Alternative.

If you’re interested in the Muv-Luv franchise in general, during recent events we saw the reveal of the official title of Muv-Luv Resonative, the announcement of Muv-Luv Alternative: Total Eclipse, and more gameplay for Project Mikhail, alongside the reveal of the character design.