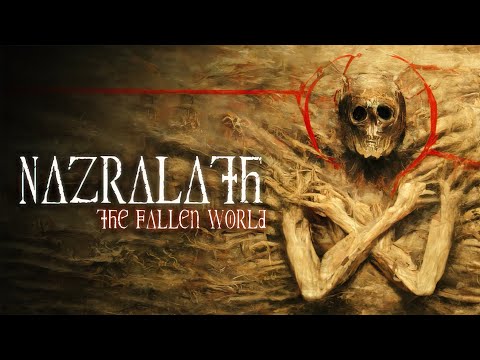 Nazralath: The Fallen World has been revealed by Euclidean Studios, and it is a dark fantasy third person action adventure title. At the moment, Nazaralath has only been confirmed for PC and there is no release date either. The reveal trailer does appear to show a world in ruin with the main characters involved with the occult, using it to gain power. The trailer show snippets of gameplay with some groups of enemies, and some familiarity to the Souls series.

The description for Nazralath: The Fallen World reads: “Nazralath: The Fallen World is a story-driven, third-person, dark fantasy action-adventure game with RPG elements; focusing on a compelling narrative and exploration through a rich, strong sense of atmosphere and world. Inspired by titles such as Planescape: Torment and Dark Souls, as well as the twisted works of Zdzisław Beksiński and H.P. Lovecraft, Nazralath is a deep delve into the occult realms of dark fantasy.”

Three areas in the world of the game have been hinted at already including Nazralath itself, the Behemoth Graveyard where towering skeletons litter the environment looking like they have fallen in battle, and the Ashlands. Ashlands looks grey and gloomy where there has also been battle with it appearing to be under the control of one faction.