In Narita Boy, you are the titular character – a kid who plays too many video games (if that’s really a thing) and is transported into his “PC” to take the mantle of the titular digital savior of this digital world. This digital domain has been thrown into disarray by the villain HIM, who was supposed to be one of the leading figures of this world but basically turned evil. In the prologue, he wipes the memories of the creator, who – as you are told often enough – is the only one who can stop what’s going on. Your goal is to find this world’s creator’s memories and restore them – resulting in you watching major events of his past that tie into your current situation. 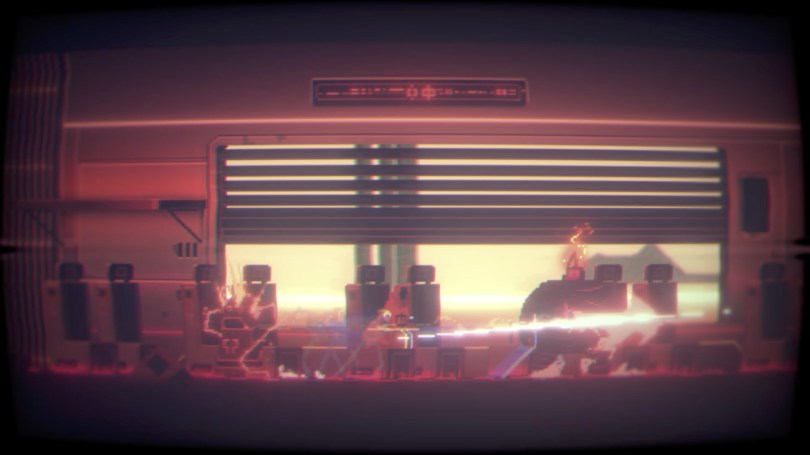 Let me first say Narita Boy is gorgeous in its presentation. The neon pixel art looks amazing, and the score is mesmerizing at times. I don’t think it’s a secret that this game takes a lot of inspiration from Tron – almost to a fault. The many similarities in the setting and narrative are apparent, though I guess at least with a more competent understanding of how coding works. Unfortunately, the game’s writers seem to be trying a bit too hard in this area – as NPCs are constantly droning on about how the world works and referring to coding terminology whenever they can. It feels like they’re trying to prove something nobody would ever ask for. It certainly doesn’t make the world more interesting for it. The idiom “show don’t tell” rings quite true in Narita Boy’s case. That being said, the overarching story where you try to restore the creator’s memories is infinitely more interesting – though perhaps a tad bit predictable. And while the life story of the creator is relatively self-contained, the game ends basically in a cliffhanger. 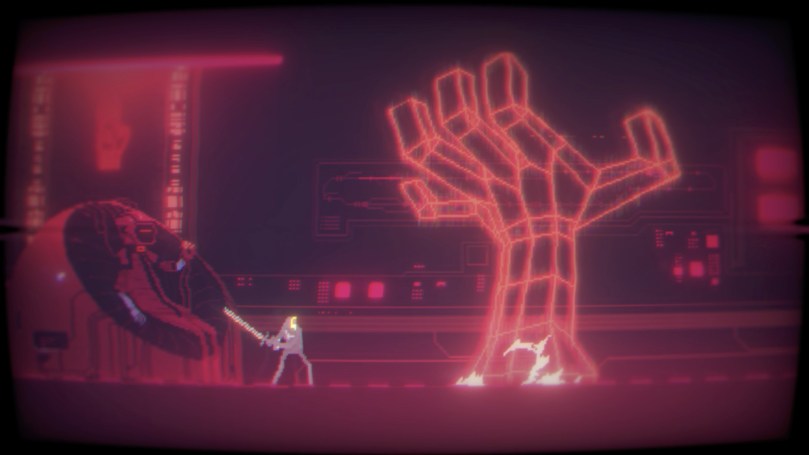 Gameplay-wise, Narita Boy is a slight roguish hack and slash, where you do a lot of talking to characters and solve the occasional puzzle. You progress by unlocking doors by talking to characters, surviving combat sequences and solving those puzzles. Those puzzles generally take the form of figuring out the right symbols to activate a teleporter. Expect a lot of backtracking when you do all of this, though I wouldn’t really call it a Metroidvania type game. You do come back to a certain hub world every so often, but there aren’t any upgrades to unlock with new items or abilities.

You’ll unlock new abilities as you go along, including sword techniques and special abilities. You can test those against an ever-expanding roster of enemies, which often are introduced when you learn said new ability. There is no real punishment for dying other than setting you back a bit. While some combat sequences can be a bit challenging – having you retry them a couple of times – the game overall is not particularly difficult. The enemies can be quite imaginative at times, and I do like their esthetics ever so often. There are also the occasional boss fights, of course – in particular, the Black Rainbow stands out as one of those imaginative enemies. 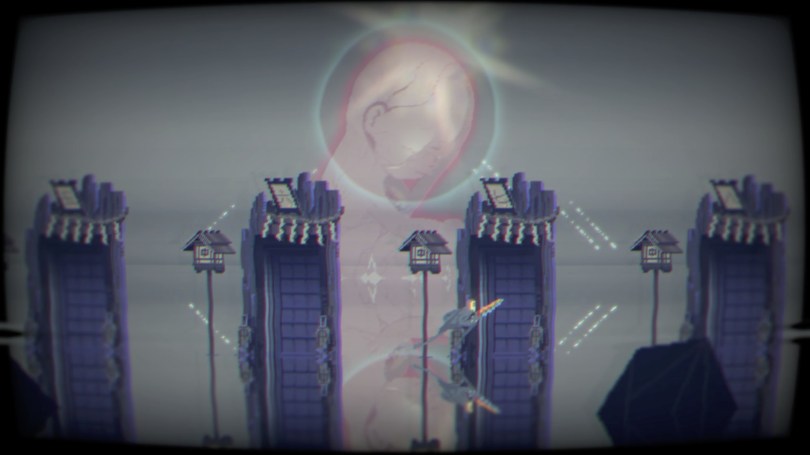 Narita Boy does have a slow start. It took a while for the game to actually get going – perhaps a bit too long as it ran the risk of losing me. Still, I started to enjoy myself after leaving the first area and wanted to continue playing from then on. Narita boy has its flaws – it’s initial pacing, too much dry text exposition, perhaps too reliant on backtracking. But it shines in its presentation – both visual and audible – tied together by its fun combat and motivating you to continue to learn the creator’s backstory.