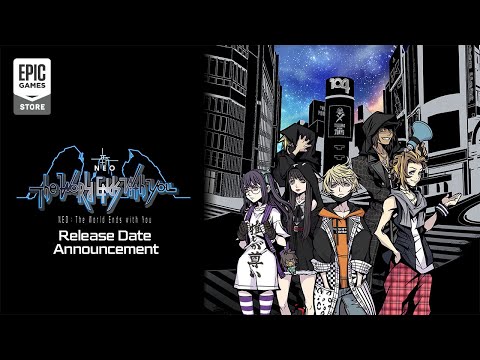 If you’re eager to play NEO: The World Ends With You on PC, then the wait is close to its end. Today Square Enix revealed the release date.

The game will launch on PC via Epic Games Store on September 28, which means exactly in a week.

You can check out a trailer accompanying the announcement below.

If you want to see more about NEO: The World Ends With You, you can enjoy the original announcement, plenty of trailers, another trailer and screenshots, more images, another gallery, the “final trailer” (which apparently wasn’t all that “final”), and more screenshots.

You should also definitely read our review of the console version. The game is already available for PS4 and Nintendo Switch.

“The long-awaited follow-up to the RPG classic The World Ends with You follows protagonist, Rindo, as he explores the heart of Tokyo to uncover the mysteries behind the sinister “Reapers’ Game,” a life-or-death battle for survival in which he has been forced to take part. A new trailer, that debuted today, offers an introduction to a new cast of characters, a vibrant and fashionable equipment system, the game’s hyper-stylish action battle system, and much more.

NEO: The World Ends with You combines a striking, anime-style Shibuya with fast-paced gameplay, an amped-up soundtrack from composer Takeharu Ishimoto (THRILL Inc.), and an intriguing story to create an unforgettable experience. Players can explore and enjoy the sights, sounds, and culture of this bustling city, fight monsters alongside their allies in flashy battles, and complete missions as they learn more about the “Reapers’ Game” and fight to change the fate they’ve been handed.”

The post NEO: The World Ends With You Gets Release Date on PC Via Epic Games Store appeared first on Twinfinite.