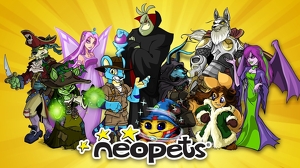 The early-Noughties virtual pet website Neopets may be coming to a Nintendo Switch near you.

Nothing’s yet set in stone, but according to a new report by the Washington Post (£) that explores the impact of the demise of Adobe Flash on a whole generation of flash games, Neopets’ current development team is reportedly looking to bring it to Nintendo’s family-favourite handheld console.

Journalist Shannon Liao revealed that during interviews for the article, the Neopets team reportedly said it is “thinking of bringing the game to the Nintendo Switch” but “declined to share further details”.