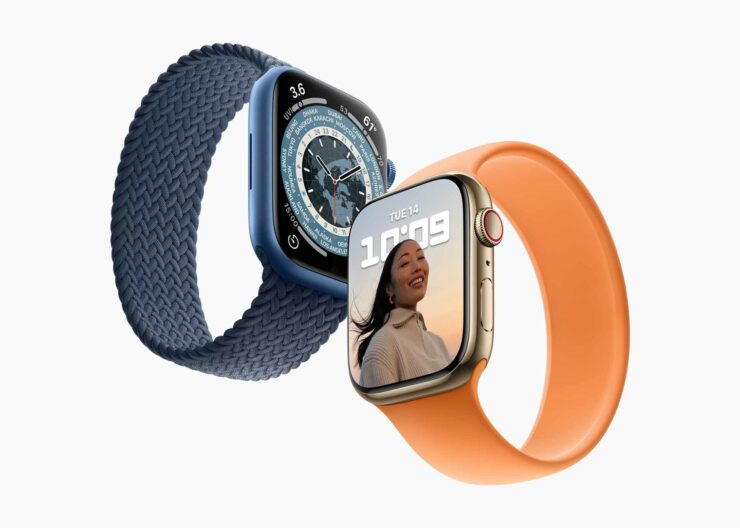 The Apple Watch Series 7 is the best of what the company has to offer, and although it does not ship with new sensors that would have expanded the wearable’s health-related portfolio, it still ships with those ‘tried and tested’ features that make it a noteworthy upgrade. In fact, Apple has published an ad where its latest and greatest wearable can actually save lives in an emergency situation.

If you did not already know, previous iterations of the Apple Watch family have been credited to responding to a given situation and ended up saving a life. In this 68 second YouTube video, it is shown how wearers can contact emergency services with the wearable strapped to their wrists. Three 911 calls are played, showing different situations where the callers needed help.

The first situation involves a woman whose car was flipped, with water entering the vehicle as she held on for dear life. The second caller is a paddleboarder who was blown out to sea by an aggressive push of the wind and is struggling to return to land. The third caller was a farmer who broke his leg after a terrible 21-foot drop. The ad shows that in each situation, an emergency call was made through an Apple Watch, reaching the authorities so they could respond in a swift fashion.

Let us not forget about these timely responders who managed to reach the callers before they met a grim fate, but one can only display a round of applause thanks to the technology incorporated in the Apple Watch Series 7, and with that technology, potential lives were saved. Apple intends to expand upon this, with a previous report stating that suppliers are testing out components that will be responsible for measuring blood glucose levels.

More features such as blood-pressure monitoring are to be expected in future models, but according to previous reports, Apple has faced more than its fair share of development roadblocks. Let us keep our fingers crossed and see what additions the Apple Watch Series 7 successor arrives with. Until then, check out the video below and let us know what you thought down in the comments.

The post New Apple Watch Series 7 Ad Focuses on the Wearable Being a Literal Life Saver in an Emergency Situation by Omar Sohail appeared first on Wccftech.