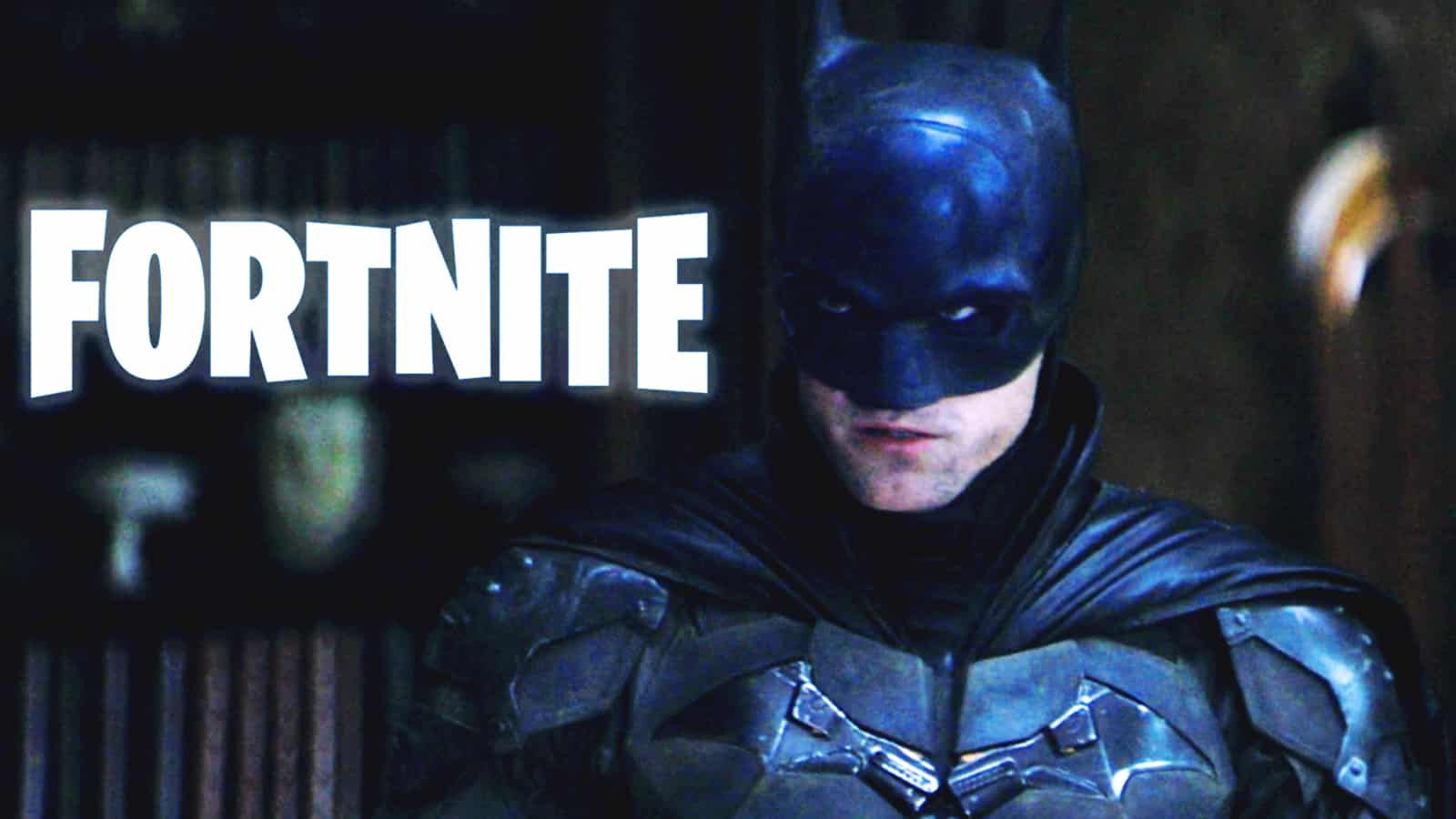 Fortnite players may be able to suit up as Robert Pattinson’s iteration of The Batman, as the Caped Crusader is planned to drop in for the new film’s release.

Matt Reeves’ The Batman will be released on March 4, following several delays. While the wait has been agonizing for more Batman content, Fortnite has been providing some wicked DC content in the build-up to the hotly anticipated movie. Players have seen the likes of The Suicide Squad, Superman, and more join the battle.

Batman has also swooped into the battle royale before, and now, the Dark Knight is returning once again.

Batman has appeared before with different movie-inspired looks.

The Batman crossover is bringing the goods to Fortnite

Initially, players thought that last year’s DC Fandome event would set up a glorious crossover for the DC comics hero. As the film met more delays, plans for a Fortnite crossover were put on the backburner. Now, information has dropped from Batman lore expert @KwingReviews that reports Pattinson’s version could drop into the game alongside the film’s release.

“Heard some Big news #TheBatman Movie skin is coming out this week or next,” said the Batman fanatic. They went on to say “it‘s possible the skin could show up for #injustice2 mobile. But that’s up to WB.”

Heard some Big news #TheBatman Movie skin is coming out this week or next.

But it’s for Fortnite not Arkham Knight.

It’s possible the skin could show up for #injustice2 mobile. But that’s up to WB. pic.twitter.com/LRYEFDZ3CW

It would make sense for #TheBatman to release this month due to his theater release in 4 days.

The convo started in regards to Injustice 2 mobile. Which I thought was for a ij2 promo. The source corrected Me and said No this is for fortnite.

That’s all the info I have.

This information was allegedly given to @KwingReviews from a source that predicted Deathstroke’s implementation too, who arrived into the game in June 2021.

Hopefully, the bundle will contain other DC alum like Catwoman or The Riddler too.