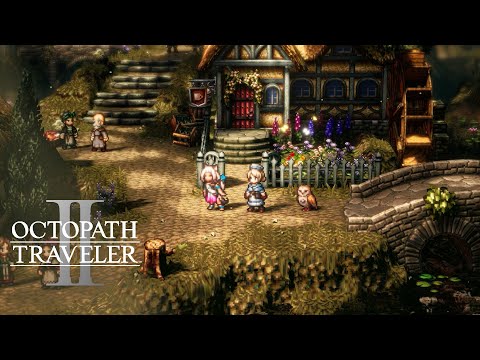 Square Enix has uploaded another character-focused trailer for next month’s Octopath Traveler II, which is mainly about Ochette the hunter and Castti, who’s into apothecary. Sporting the lovely HD-2D art style, footage then changes gears to discussing Traveler’s Tales, which act as side quests for the many characters in the JRPG. Check it out above.

As for how Ochette acts in and out of combat, her main ability during exploration allows her to befriend people she meets in town and then bring them on the journey with her. She can then trigger fights by setting captured monsters on townsfolk. If she doesn’t want to do that, though, the enemies can be turned into items instead. Then, her latent power activates special skills themed around monsters.

Castti, on the other hand, is suffering from a large dose of amnesia at sea. She can talk to townspeople to acquire information and even send them to sleep where they’re standing using medicine. In combat, she focuses on healing and concoctions to deal damage.

Are you looking forward to playing Octopath Traveler II next month? Await your turn in the comments below.