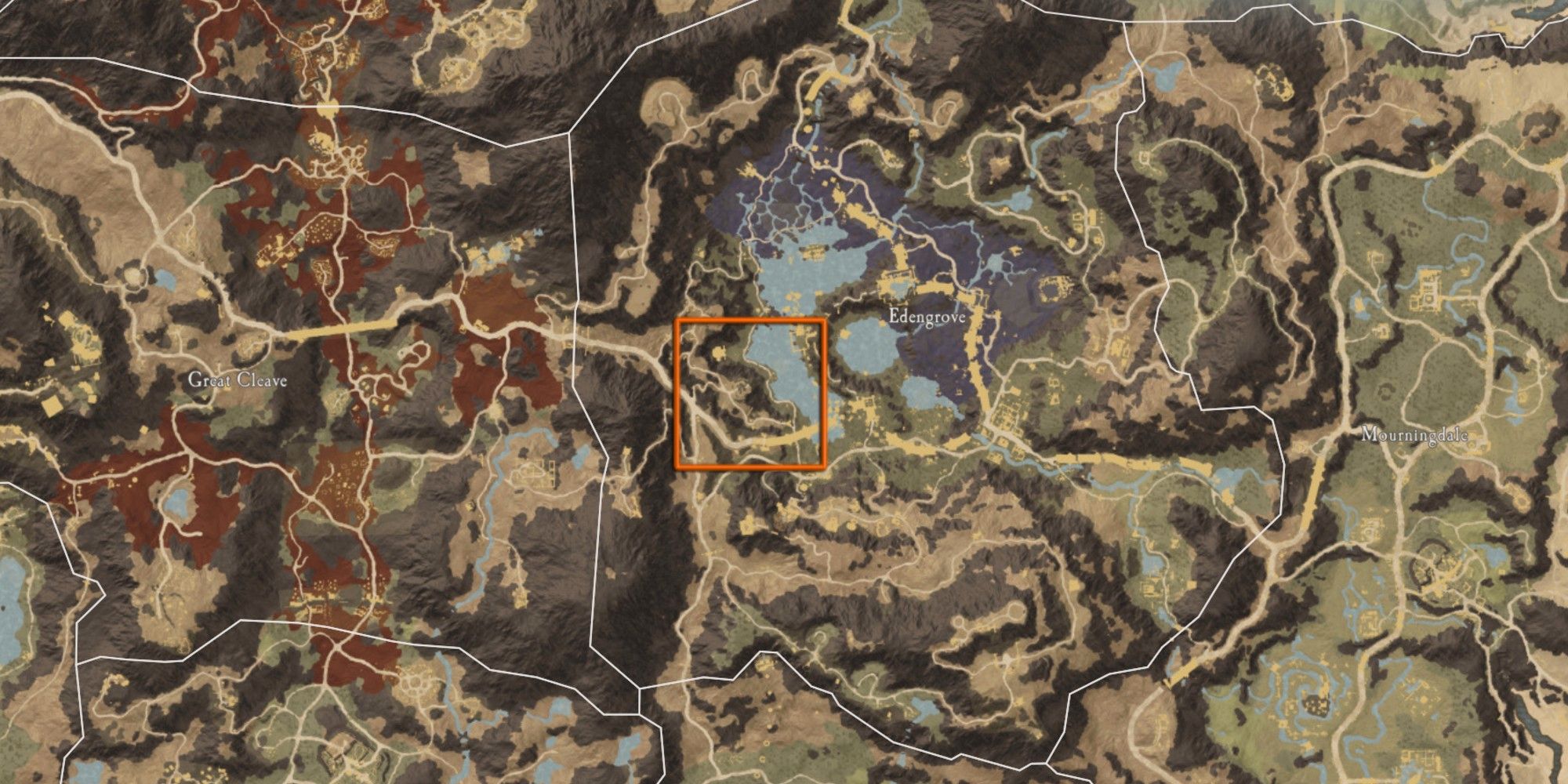 Platinum Ore veins are spread out right across New World's Aeternum, but there are a few areas that stick out as worthwhile. These are mostly in Edengrove, to the north, and Reekwater, to the southeast. Here are the best places we found during the closed beta.

As a reminder, this information was gathered during the closed beta and is subject to change when the game releases. We will update you with new info.

There are some specific spots that are absolutely teeming with Platinum Ore. They are quite often guarded by higher-level enemies, particularly in the north, so we'll include a range of locations that should cover most levels. Here are our favorite spots, made possible with the great interactive map from mapgenie.

Yes, there are a lot of mobs here, and they do range all the way up to the mid-50s, but there's also a lot of Platinum. To the east of Edengrove is an area tucked between Fanglethorn Pass and Creeping Reach, with the eastern cliff-face with plenty of Platinum nodes that you can walk up and down mining. We've marked it below.

This area is about as late-game as it gets and was barely scratched in the closed beta. It's riddled with level 60+ enemies, but this might be one of the best areas to mine Platinum on the map. There is a lot of it, particularly between Ambusti Inferior and Superior. However, this is definitely not recommended until you feel comfortable battling high-level enemies.

Although not located in the north, the enemy spawn areas in Reekwater are still high-level, ranging from 40 all the way to 60. There is, however, a decent number of Platinum veins located to the west of the area, particularly around Skyview Repose and south of Mosswater Bourg. We've marked these areas below.

So, you just want to mine Platinum peacefully, or you managed to get your mining skill up very high early in the game? There aren't many spots with low-level enemies and Platinum, but the best is to the north of Monarch's Bluff, at the Traitor's Hold. There are about three nodes here (might change, remember), and only level 13 enemies. We've marked it below.

What Is Platinum Used For?

Platinum is used to craft a bunch of different weapons, from Life Staffs to Muskets. You will need a decent smithing level – around 100 – to even be able to craft the Platinum Ingots, but once you have, you do have access to some of the better mid-game items.

NEXT: New World: Best Build To Level Up Fast