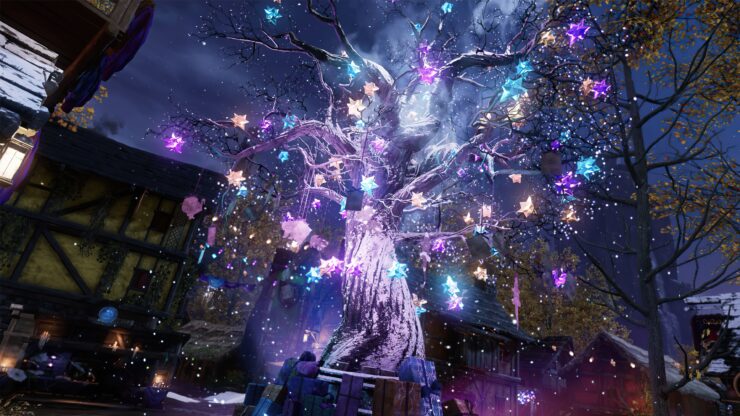 Amazon Game Studios announced the next large New World patch that’s due to release later this month. Available for testing on the Public Test Realm starting today at 10 AM PT (6 PM UTC), it will introduce the first Holiday event, the Winter Convergence Festival, to the MMORPG.

Players will be able to undertake a series of activities on behalf of the Yeti, the Winter Wanderer. These, in turn, will yield Winter Tokens that can be redeemed for items like armors, weapons, furnishings, skins, consumables, and a “present gifting” emote. 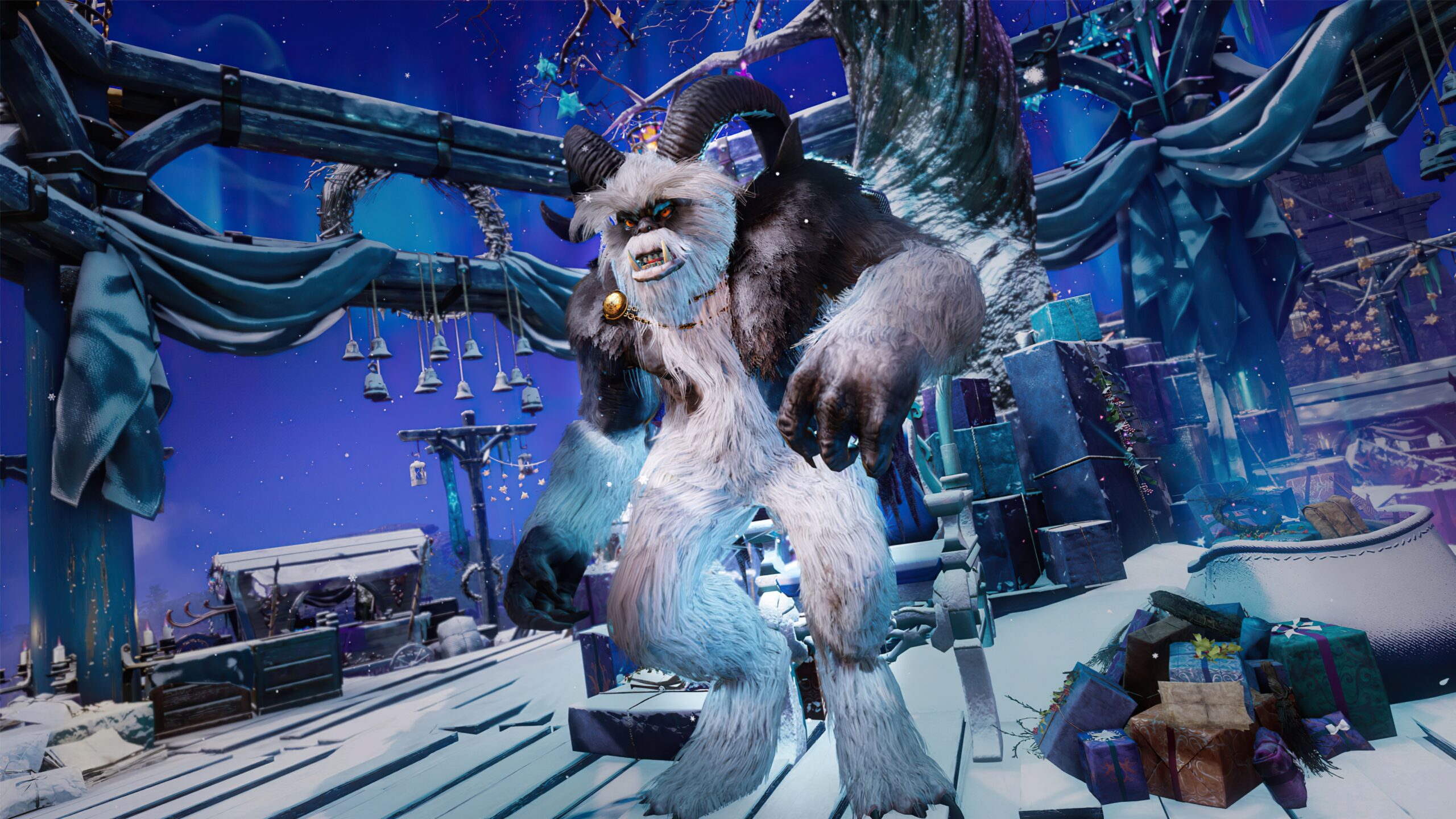 New World players will also notice brand new Ice Caves that will remain in the game even after the Winter Convergence Festival is over. 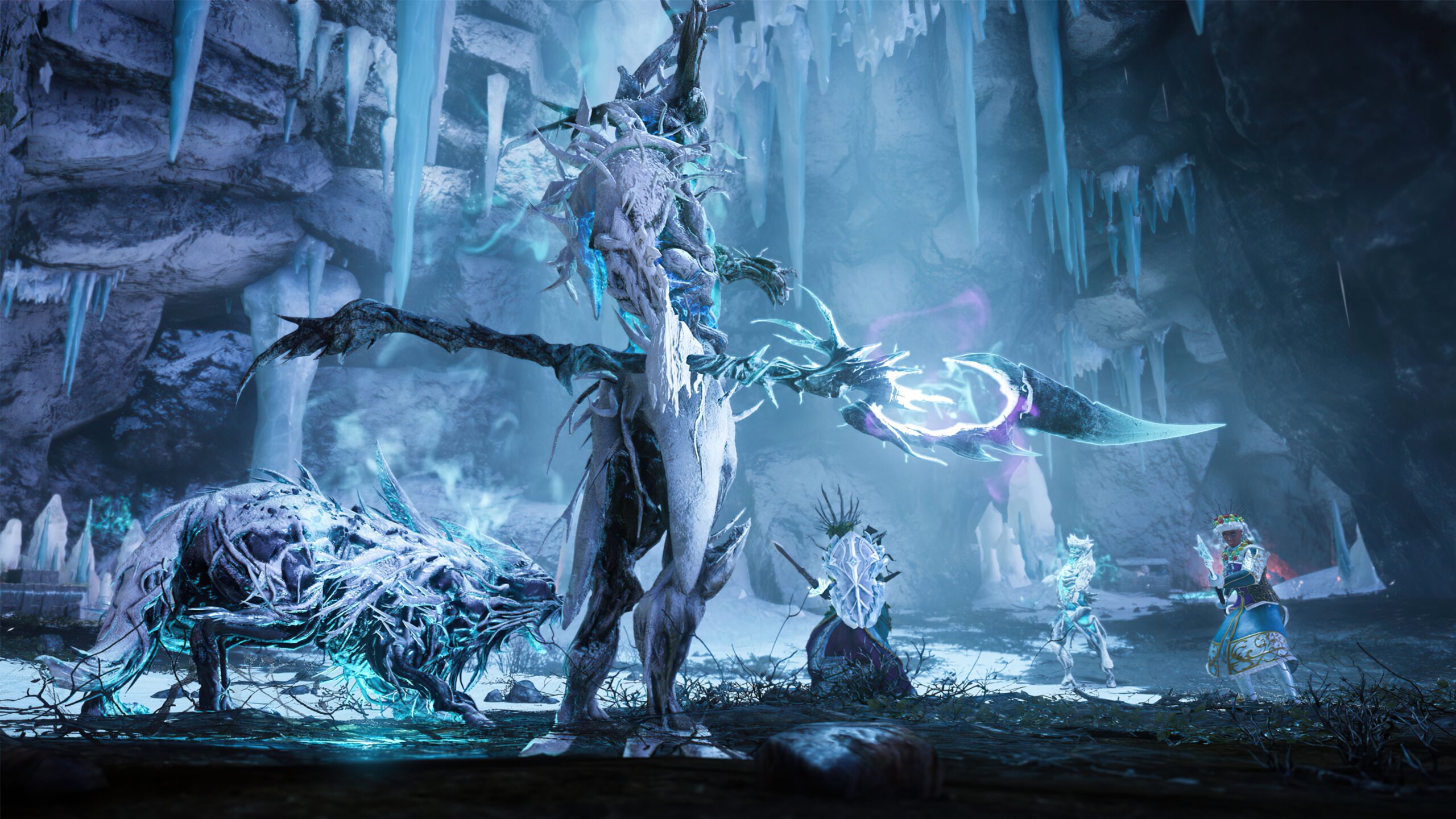 Ice Caves are appearing all over Aeternum due to the Winter Warrior’s desire for a Forever Winter. They are snowy and icy caves that the yeti use their powers to freeze up and make snow fall. The rest of Aeternum will look like these Ice Caves if the onslaught of the Warrior is not stopped. These caves will remain behind after the event as scars on the land, sources of wintry magic that refuse to melt even if the Warrior is defeated.

As mentioned in the headline, there are big changes coming to the New World endgame as well. More specifically, the developers are improving on the existing (and way too random) High Water Mark system, which governs the players’ ability to drop more powerful items with higher Gear Score. Going forward, the Expertise system will have reliable and trackable ways to improve the Gear Score threshold.

We’ve added a new resource called Gypsum that can be acquired each day by doing a variety of activities (open world named bosses, expedition bosses, outpost rush, arenas, corrupted breaches, etc.). Each activity rewards a different type of Gypsum that can be crafted into a Gypsum Orb. These Orbs can then be crafted into Gypsum Casts of any weapon, armor or trinket type. Opening a Gypsum Cast will guarantee an expertise bump and gear of that type.

We’ve also renamed High Water Mark to Expertise and now display the current Expertise level of each slot on your avatar in the inventory, so players can easily track their progress. We also show a level up banner anytime your Expertise level increases.

There’s no word on when this patch will hit live New World servers, but if patch 1.1 is any indication, it shouldn’t be longer than a couple of weeks.