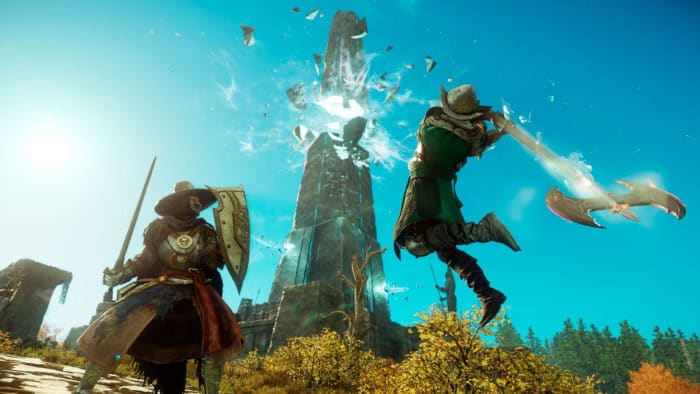 New World devs aim to improve the title’s endgame experience with Expedition Mutators. This is a new feature that will change the difficulty and the complexity of the game’s combat encounters. It will also give much better rewards, such as “new bespoke gear and resources” for those who want to try the challenge.

“Mutators change the familiar by augmenting Normal and Named Enemies found within expeditions, changing the way encounters play out and what strategies players should consider before battle,” Amazon Games confirmed in a blog post.

“This system is intended to rotate through a unique combination of Expeditions and Mutations each week, with 10 difficulty levels per Expedition Mutation,” they added. “Players will be challenged to climb the ladder, with the aim of eventually reaching the max difficulty.”

Once New World players have completed a Mutated Expedition, they will get scores according to the speed, number of opponents killed, and how many times they died during the Expedition. They can also unlock higher difficulty levels once they reach a high enough score. Doing so will also give them better rewards.

It may sound easy to New World’s seasoned vets. However, Amazon has warned the community that the recommended Gear Scores are highly important for Mutated Expeditions. Since “it directly factors into enemy scaling,” fans can expect higher levels to be extremely difficult.

This new feature has satisfied many New World fans. Apparently, they have been asking Amazon for some endgame content. With the Mutators and a variety of difficulty levels, they now have more goals to work towards.

Expedition Mutators are now available on the game’s public test realm. To ensure that players will have access to a range of mutations, the rotation will run on an accelerated schedule during the test period. Devs are going to rotate one of the three expeditions every 48 hours.