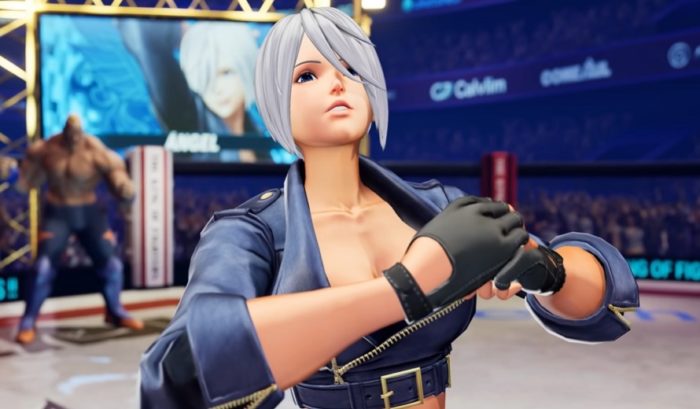 Just Call Me Ángel of the Morning

It has been almost a year since The King of Fighters XV hype train started chugging along. Since then, so many characters and teams have been announced, but SNK are still not slowing down. They are however, running out of space on the game’s roster. This week, number 39 of 43 characters has been revealed.

Ángel is known for her wrestling-style moves. She is particularly fond of moves similar to Dwayne “The Rock” Johnson. Some of her attacks resemble his moves “Laying the Smacketh Down”, “Rock Bottom”, and “The People’s Elbow”. Her nickname is Knockout Free Spirit for her willingness to fight at the drop of a hat.

Despite her name, Ángel’s signature taunt or style is to position her fingers above her head like demon horns. Her outfit is also known for her crotchless and assless chaps, which I guess makes them just sleeves for her legs. Ángel is very nimble and is able to unleash a flurry of attacks that knock her opponents back and forth from either sides of the arena.

King of Fighters XV just held its open beta last weekend, so hopefully development is winding down in time for the game’s February 2022 release. As mentioned above, there are four more characters to be revealed, so keep your eyes peel in the next couple of months for those fighters. King of Fighters XV is expected to launch on February 17th, 2022 for PC, PS4, PS5, and Xbox Series X|S.

Will you be picking up King of Fighters XV? Let us know in the comments below.

The post Next King of Fighters XV Character Revealed By SNK appeared first on COGconnected.