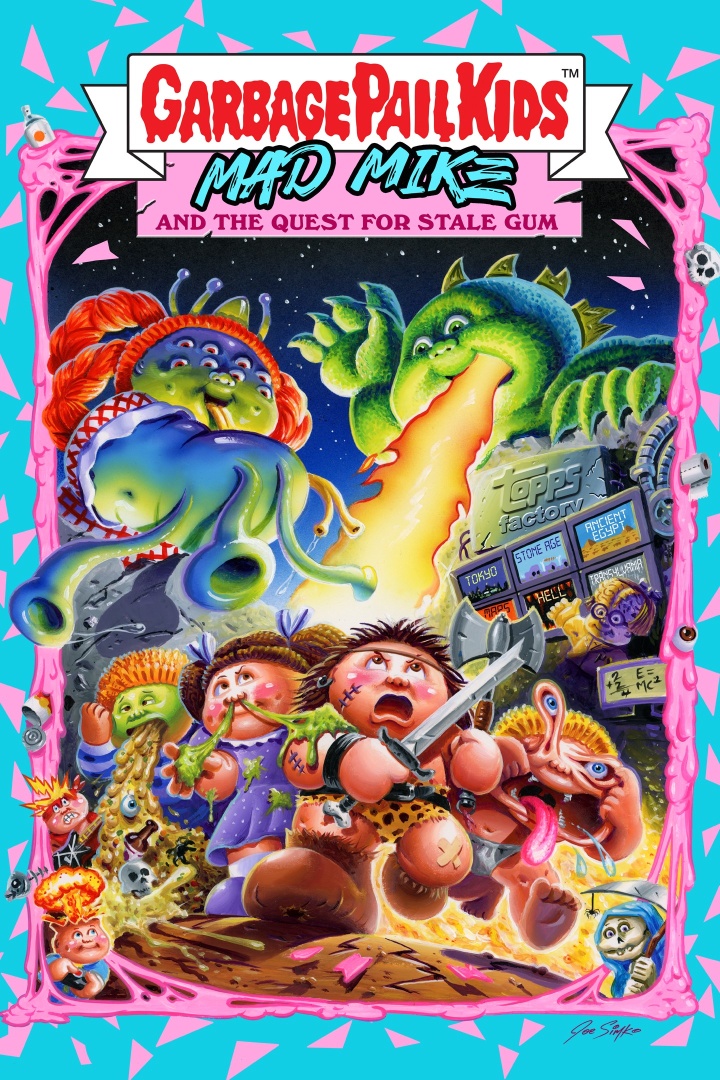 Welcome to Next Week on Xbox! In this weekly feature we cover all the games coming soon to Xbox Series X|S, Xbox One, Windows, and Game Pass! Get more details on these upcoming games below and click their profiles for further info (release dates subject to change). Let’s jump in!

Garbage Pail Kids are back in this long-lost, all-new platforming adventure game. Featuring four playable characters, six secret-filled levels, and a trading-card system, Garbage Pail Kids: Mad Mike and the Quest for Stale Gum is a throwback to the golden era of ‘80s gaming.

Epic adventure awaits! Immerse yourself in an original “Miraculous Ladybug” story as you take control of everyone’s favorite heroes, Ladybug and Cat Noir. Come face to face with familiar villains Hawk Moth, Gamer, Weredad, and Mr. Pigeon, and some new enemies too! Explore the streets of Paris as Marinette and Adrien and uncover the story behind their alter-ego’s.

The horns sound, the ravens gather. An empire is torn by civil war. Beyond its borders, new kingdoms rise. Gird on your sword, don your armor, summon your followers, and ride forth to win glory on the battlefields of Calradia. Set forth on an epic adventure in a fictional Dark Ages sandbox that combines strategy and action-RPG gameplay.

A 2D puzzle game where you play as a small humanoid robot who wakes up in the debris of a landfill of a large factory. Your purpose is to explore the large factory in search of answers about who he and his mysterious remote helper are by inserting movement commands when it is time to jump, to crouch, and more.

Vanquish the Mad Stroke gangs, alone or with a friend! Punch and kick your way to defeat enemies, enjoy special shots, race your motorbike at full speed in bonus stages, earn money and unlock additional characters and secret images! Purchase upgrades if you can’t make it through the toughest stages.

Your soul, just like many others before, has been trapped in the Temple of Horror. It is an unreal place, filled with evil monsters, lost wandering souls, and forgotten evil that are trying to make their way out of the temple. Escape the dangerous beings lurking in the dark, dodge countless deadly traps and slowly unruffle a sinister secret.

Available on day one with PC Game Pass: Play as a frog detective in three silly mysteries! Finding clues and questioning suspects is just part of the job for such an experienced frog. Frog Detective: The Entire Mystery is a collection of all three Frog Detective cases.

Gunfire Reborn is a level-based adventure game featuring FPS, roguelite, and RPG elements. Players can control unique heroes — each with different abilities — as they adventure through procedurally generated levels and pick up randomly dropped weapons. Play Gunfire Reborn alone or cooperatively with up to three other players. Available on Cloud, Console, and PC.

A physics-based platformer without a jump button. Walk, jump, climb, and parkour by directly controlling each leg of a confused baby robot. Go from a glitching toddler to a somersaulting acrobat in the story mode or share a multi-legged robot with your friends for extra chaos!

A third-person, roguelite horror adventure where you play as four characters, experiencing an intergenerational storyline tied to the haunting traditions of an ancient village in Sardinia, Italy, a region rich with unique folklore. The village itself is an elaborate maze with no two iterations being precisely the same; you will have to explore and solve the mysteries of the game largely unguided.

Available on day on with Game Pass: Awaken from slumber and explore a surreal retrotech world as Elster, a technician Replika searching for her lost partner and her lost dreams. Discover terrifying secrets, challenging puzzles, and nightmarish creatures in a tense and melancholic experience of cosmic dread and classic psychological survival horror. Playable on Cloud, Console, and PC.

Experience the new and updated world of Star Ocean, exploring expansive locations in 3D and engaging in combat using a unique and thrilling action battle system. Whether you’re flying around and exploring rockfaces and roofs of buildings in the city, or leaping off cliffs to seamlessly enter battles, you’ll have more freedom than ever before in adventuring and battling. Also check out the Star Ocean the Devine Force Demo here on the Xbox Store.

Call of Duty: Modern Warfare II drops players into an unprecedented global conflict that features the return of the iconic Operators of Task Force 141. Featuring state-of-the-art gameplay, with all-new gun handling, advanced AI system, a new Gunsmith and a suite of other gameplay and graphical innovations that elevate the franchise to new heights. Start playing the campaign now with the Call of Duty: Modern Warfare II – Vault Edition that includes early access, Operators, Skins, Blueprints, and the Season 1 Battle Pass with 50 Tier Skips.

Play as Agent Desmond, sent by The Ministry who is tasked with retrieving and destroying classified documents from the Oack Grove estate, that reveal the horrifying activities that happened in the past. Your journey, however, leads you to an unpleasant and gruesome discovery: Project Alpha.

Commander Keen is back. In the modernized Definitive Edition of the lost episode “Keen Dream,” Keen must fend off a nasty nightmare about evil vegetables. The Definitive Edition features full widescreen support, 12 all-new levels — doubling the length over the 1990 original — and a full music score. The game structure has been reworked to make the game a more modern experience without sacrificing any of the original charm!

Live by the Sword: Tactics – October 28

An unashamedly old school tactical RPG with modern gameplay ideas. Set after the fall of the land, you control two brothers who must traverse the kingdom to stop it from falling back into the darkness of conflict.

Set in a post-soviet Eastern Europe, Last Days of Lazarus tells the story of a troubled man, long estranged, returning to his childhood home after his mother’s death to spend some time with his sister Lyudmila. But as the country around him seems to fall apart, so does reality itself, with a series of unexplainable events leading him on a quest to find out more about his family’s disturbing past.

We know of a great place to escape from hustle and bustle of the city and daily routine. We promise unique experience of horror and despair… if you stay alive, of course. Survive the night in an old, abandoned house and complete an ancient ritual to get rid of vengeful spirits.