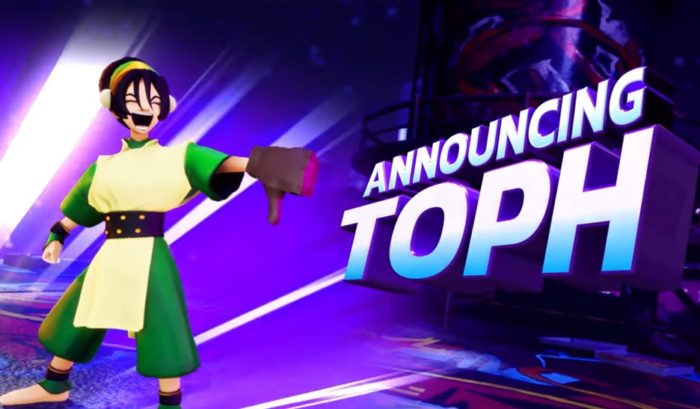 Nickelodeon All-Star Brawl Will Be Joined by Toph From Avatar

Nickelodeon All-Star Brawl is getting yet another new character in its fighter roster. It was recently revealed that Toph Beifong from Avatar: The Last Airbender is making her way to the upcoming game to join the likes of Korra and Aang. They are all also going to get their own designated stages.

The Earth Bender was showcased in a recently released Nickelodeon All-Star Brawl trailer, showing her abilities of controlling the ground beneath her. She is a blind girl from the Avatar franchise, and is a common favorite among its fans. Toph was the leading member of Avatar: The Last Airbender since the series’ second season, Book 2: Earth. She was trained in the art of Earthbending at a very young age by the badgermoles, who also taught her the skill of seeing by merely feeling the ground under her feet.

Toph was later recruited by Avatar Aang and proved herself to be a valuable ally during the battle against the Fire Nation. She even invented the art of Metalbending while she was at it. She returned as an adult in the follow-up series The Legend of Korra, and will be mentoring the titular character to be the next Avatar. All in all, Toph’s rough-and-tumble personality has endeared her to the huge Avatar fanbase.

Markus Villalobos of Fair Play Labs confirmed to the gaming public that Toph will soon be a playable character in the upcoming much-awaited Nickelodean All-Star Brawl. The gameplay overview video that was shared showed off Toph’s expertise as a ground-based fighter with impressive ranged abilities and strong attacks, which made up for her lack of aerial prowess.

Nickelodeon All-Star Brawl was first announced this July and it has been revealed to feature beloved characters from Nickelodeon’s variety of classic cartoons as they engage in combat—pretty much like Super Smash Bros. Ultimate. The game’s fighter roster is already packed with other popular names, such as, Ren & Stimply, SpongeBob Squarepants, and April from Teenage Mutant Ninja Turtles.

Nickelodeon All-Star Brawl will be officially out by October 5th, and Ludosity has already confirmed that they will be adding DLC characters following the game’s launch.

The post Nickelodeon All-Star Brawl Is Officially Getting Toph from Avatar appeared first on COGconnected.