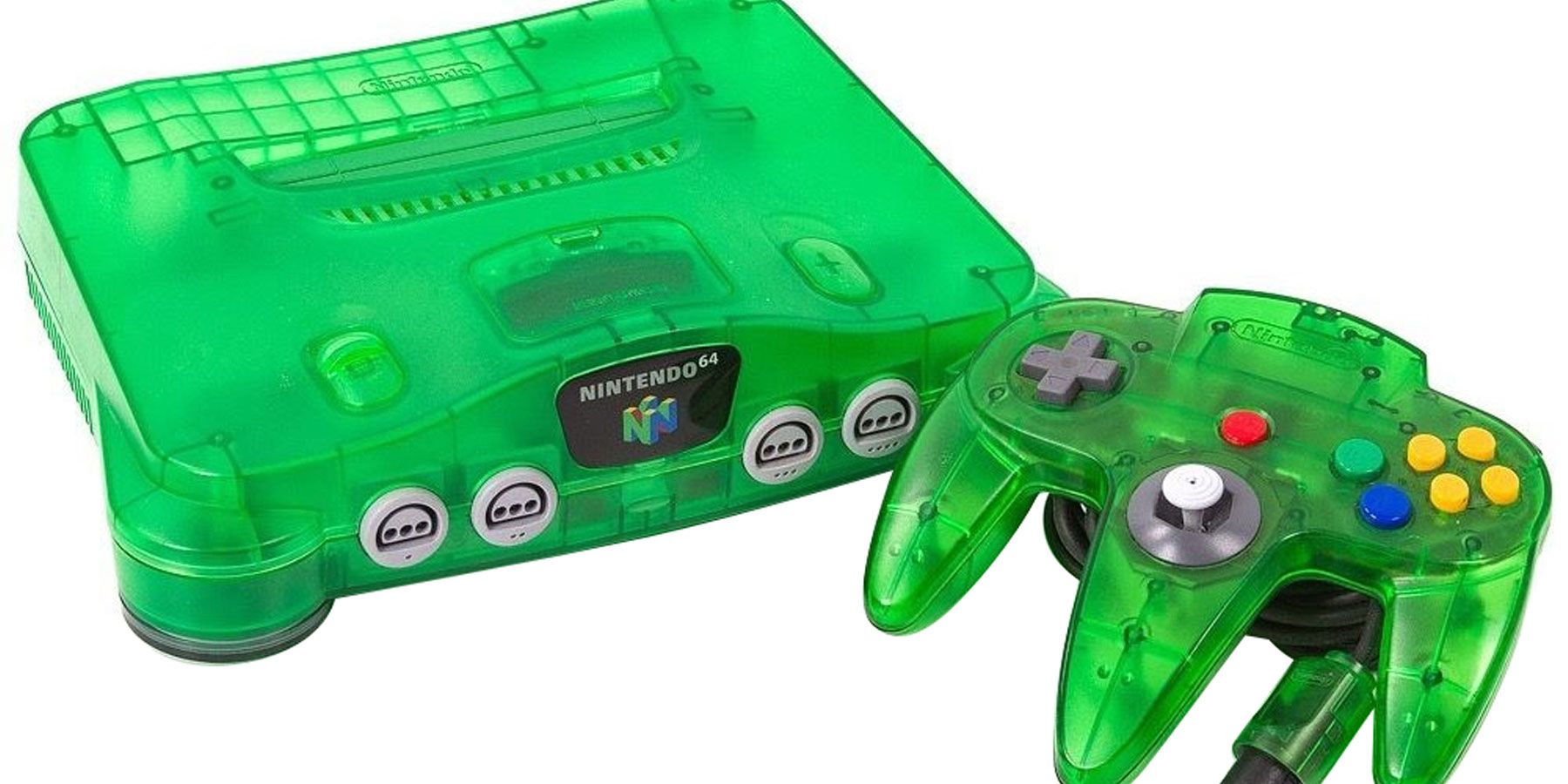 The future of the Nintendo Switch is looking pretty bright. The console has a solid lineup of titles releasing in the final months of 2021, and as previews of the Nintendo Switch OLED Model begin making their way onto the internet, it seems like Nintendo is sitting in a good place for the time being. Sweetening the deal even further is the fact that the company announced during the most recent Nintendo Direct that select N64 titles would be coming to the Switch via the Nintendo Switch Online service. While bringing back old games is all well and good, especially from a preservation standpoint, it wouldn’t be a bad idea for Nintendo to reintroduce something else from the N64 era: transparent colored hardware.

Transparent plastic for technology used to be the big trend that all hardware manufacturers were jumping on. From the iMac to PS2 controllers, it seemed like colored transparent plastic was everywhere, and Nintendo hardware wasn’t an exception. Official Nintendo clear controllers seemed to disappear completely after the GameCube, however, but the current N64 revival should bring with it the return of transparent colored hardware for the Switch.

Nintendo is Harkening Back to the N64 Era

While it often receives criticism for capitalizing on it, Nintendo is the master of nostalgia in the games industry. Bringing back Nintendo 64 games for the Switch has done wonders to capitalize on the love that a large portion of the gaming community has for titles that they played when 3D gaming first became available for home consoles. Many people remember the controllers that they had when playing those games for the first time and, because of the popularity of transparent hardware, it’s most likely that fans were using transparent controllers.

Bringing back that type of colored hardware would do a lot for fans who used it in the past, and could even appeal to younger fans who are looking to experience the N64 in more ways than simply by playing the titles. If Nintendo truly wants to make the most out of bringing N64 games to the Switch, then it should do more than just port the games and introduce a Switch-compatible N64 controller. This seems like a simple way for the company to please fans while also profiting from it at the same time.

Fans Like Color Options and Transparent Hardware is Fun

In recent years, console manufacturers have been placing more emphasis on personalized hardware than ever before. With options given to consumers by things like the Xbox Design Lab or the many different Joy-Con color options available, it’s clear that gaming fans are looking for more ways to express themselves through their hardware. While the Switch has a lot of color options available for fans to pick from, Nintendo hasn’t ushered in a new line of colors for quite some time outside of game-specific limited editions. If a completely new line of Joy-Cons were to be announced that were all transparent, they would likely fly off the shelves because, at the end of the day, clear hardware is simply a lot of fun.

Fans enjoy being able to see inside their hardware to observe the different features in each part. Plus, colored options harken back to retro gaming that many Nintendo fans are nostalgic for. Xbox introduced a semi-transparent controller to celebrate Forza Horizon 5,and fans can’t get enough of it because of its retro look. Hopefully, Nintendo brings back transparent controllers even if in a limited capacity, because it seems like the demand is certainly there for them within the gaming community.