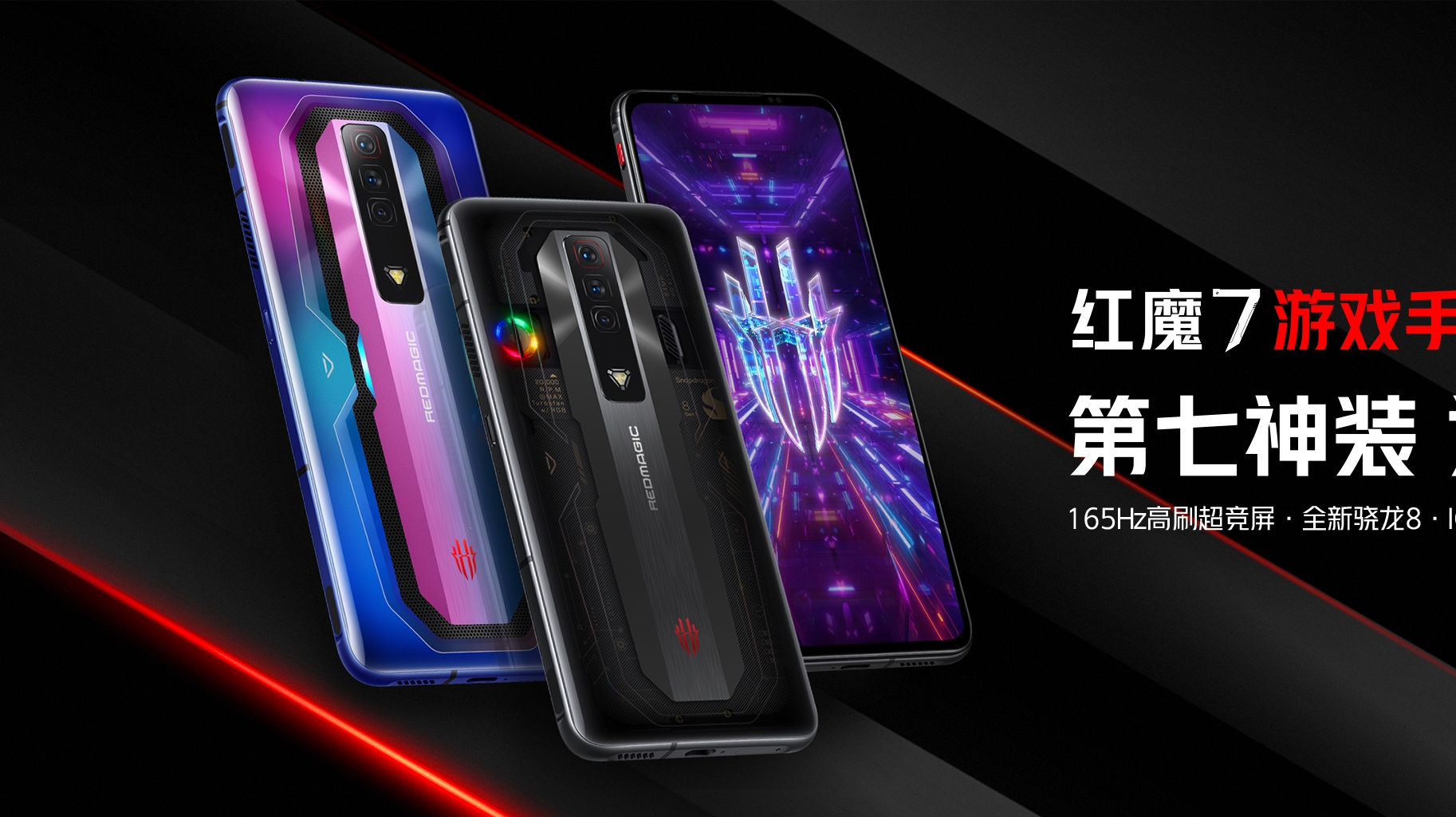 2022 has got off to a strong start, with the Samsung Galaxy S22 range already here and likely to be among the best phones of the year, and now the Nubia Red Magic 7 range has been unveiled, and these could well be the best gaming phones we’ve seen so far.

Key to that is their use of the Snapdragon 8 Gen 1 chipset – the best Android chipset available right now, and one that’s not found in any of the top gaming phones that are currently available.

The Red Magic 7 Pro looks particularly impressive though, as this phone also has a 16MP under-display selfie camera.

We’ve not been the biggest fans of these so far, as they don’t tend to perform as well as normal front-facing cameras. But this is the first gaming phone to have one, and it makes a lot of sense here, as it means there’s no interruption in the screen, which could be a distraction while gaming.

The Nubia Red Magic 7 Pro also has a triple-lens rear camera, with a 64MP main sensor, an 8MP ultra-wide, and a 2MP macro camera. There’s an under-display fingerprint scanner too, and shoulder triggers.

The standard Red Magic 7 has a lot of similar specs, but some key differences. Its refresh rate is actually higher at 165Hz, but its touch sampling rate is a lower 720Hz. It also has an 8MP selfie camera in the top bezel – not under the display, and it tops out at 512GB of storage. The other major difference is the battery, which is 4,500mAh, with 120W charging.

Both models are packed full of RGB lighting as you’d expect, with glass backs and metal frames, and both are available in an outrageously lurid Cyber Neon shade, a transparent Deuterium Transparent Edition (which shows off some of the inside), and a relatively restrained Night Knight (also known as black).

The phones have so far only been announced for China, but global versions are set to be unveiled on February 22, and to go on sale on March 10.

Our current top gaming phone pick if the Asus ROG Phone 5, but the Red Magic 7 Pro has that beat in some ways. It has a faster chipset for one, along with more storage at the top end, faster charging, and a higher touch sampling rate.

However, the ROG Phone 5 has a bigger 6,000mAh battery, which is an important factor in gaming phones. It also has a higher 144Hz refresh rate. Less importantly it also has more megapixels in its cameras (though none of them are under the display).

Most other aspects of the two phones are similar, at least on paper, so based just on specs the Red Magic 7 Pro might have the edge overall, since power is arguably the single most important thing for a gaming phone. It remains to be seen how those specs will come together in practice though.