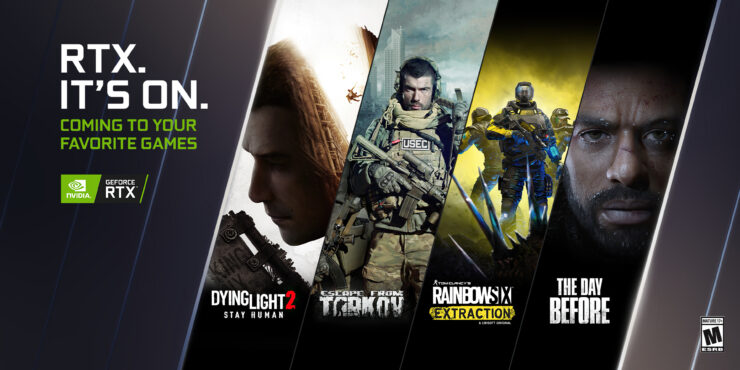 At CES 2022, NVIDIA announced ten new games that will support DLSS and/or RTX features. Additionally, seven titles will get NVIDIA’s Reflex latency-lowering technology. There’s some overlap between these categories, but let’s start with the former.

Fntastic’s open world survival MMO The Day Before, scheduled to launch in June this year, will include DLSS and three ray traced effects: ambient occlusion, reflections, and global illumination. According to NVIDIA, RTXGI will enable performant infinite-bounce global illumination light from the sun, moon, and other natural light sources. There’s also a nifty gameplay reveal that you can watch below. The Day Before will be available through GeForce NOW at launch with support for all those features via the cloud.

Next, Ubisoft’s Rainbow Six Extraction was confirmed to be launching with NVIDIA DLSS and Reflex support. This isn’t surprising as Rainbow Six Siege, which runs on the same engine, already features both technologies.

Just like The Day Before, Rainbow Six Extraction will also be available through GeForce NOW when it debuts later this month.

Next, Wonder People’s free-to-play super-hero-themed Battle Royale game SUPER PEOPLE will launch later this year on PC with the entire trifecta: NVIDIA DLSS, NVIDIA Reflex, and RTXGI. There’s no footage for this one, but we did get a screenshot. 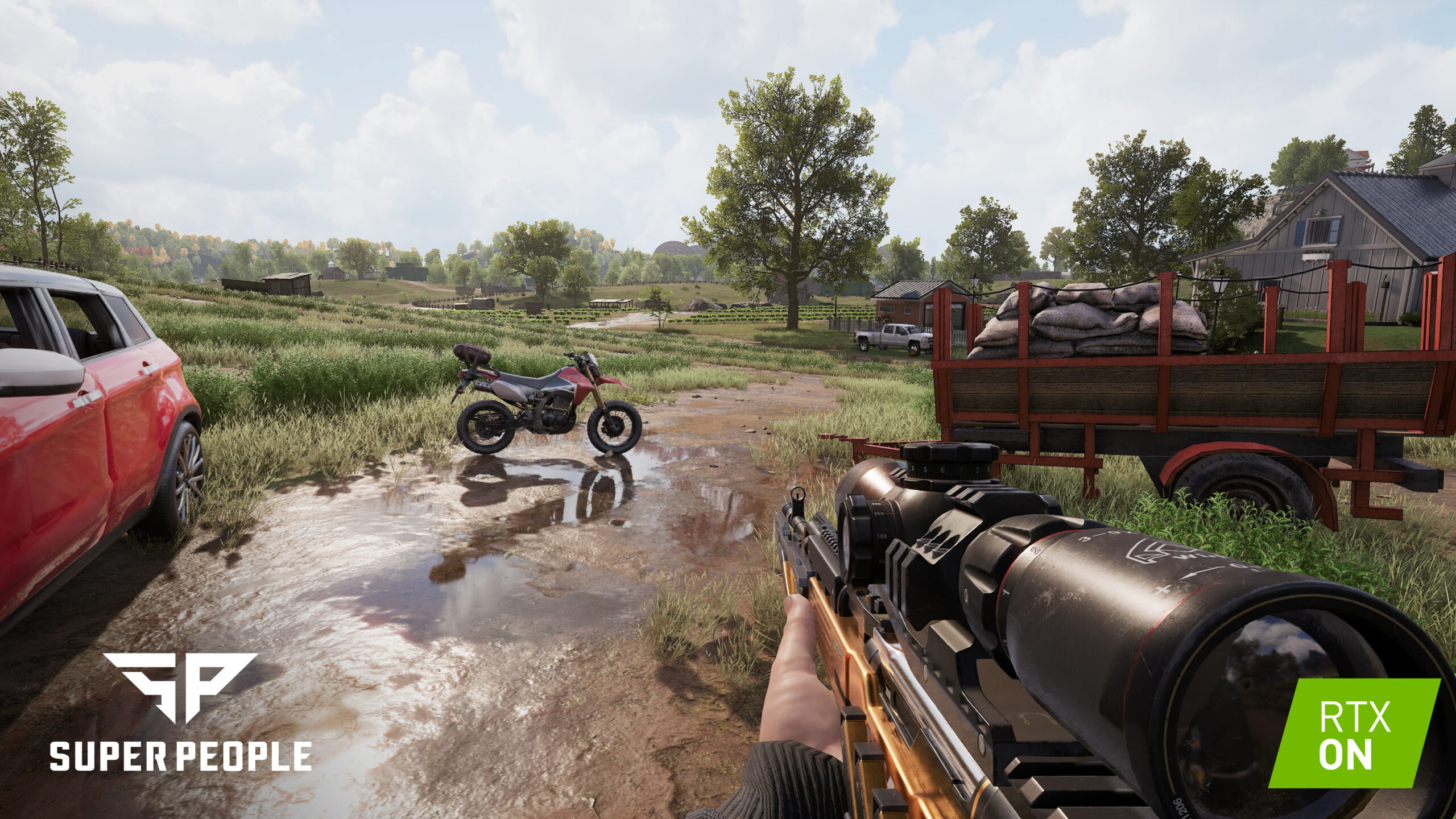 IO Interactive’s HITMAN III will receive DLSS support as part of an update due later in 2022. There are no screenshots or videos to go with this news, though.

On the other hand, NVIDIA shared a trailer for Voidtrain. This game is scheduled to launch in the Fall season with support for NVIDIA DLSS and various RTX features such as reflections, ambient occlusion, and global illumination. You can check out a glimpse of all this below.

The cooperative first-person shooter The Anacrusis will be launched next week with DLSS support.

Another coop-focused game, the action RPG Phantasy Star Online 2: New Genesis is also about to be updated with NVIDIA DLSS. The patch is scheduled to go live on February 9th.

Even RTS games can benefit from NVIDIA DLSS and RTX features. One such example is Ratten Reich, crowdfunded on Kickstarter and set to fully launch in September. Even ahead of the release, though, a beta update coming in the near future will enable DLSS, ray-traced reflections, shadows, and RTX Global Illumination. Check that out in the video below.

The last game to be getting DLSS support, in addition to Reflex, is Midnight Ghost Hunt. The developers will launch the beta later this month with support for both technologies.

NVIDIA Reflex is also coming to games like God of War (as previously announced), the Wild West-themed Battle Royale game GRIT, the top-selling Steam game Ready or Not, and the popular racing simulator iRacing. For the latter game, NVIDIA shared some quotes, too.

For our iRacing eSports teams, we must ensure that driver inputs are fed into the simulation engine with minimal delay. Minimizing latency between the driver control systems, the sim engine, and the video display is key for providing a sense of realism which allows drivers to hone their car control skills in a virtual environment.

The technology in simulated racing is always evolving, especially as it elevates our ability to be more precise behind the sim wheel. This is a must to perform at our very best, and NVIDIA’s Reflex technology is going to take it to the next level. I can’t wait to experience what they have to offer.

The post NVIDIA DLSS/RTX to Be Added in 10 New Games, NVIDIA Reflex in 7 by Alessio Palumbo appeared first on Wccftech.