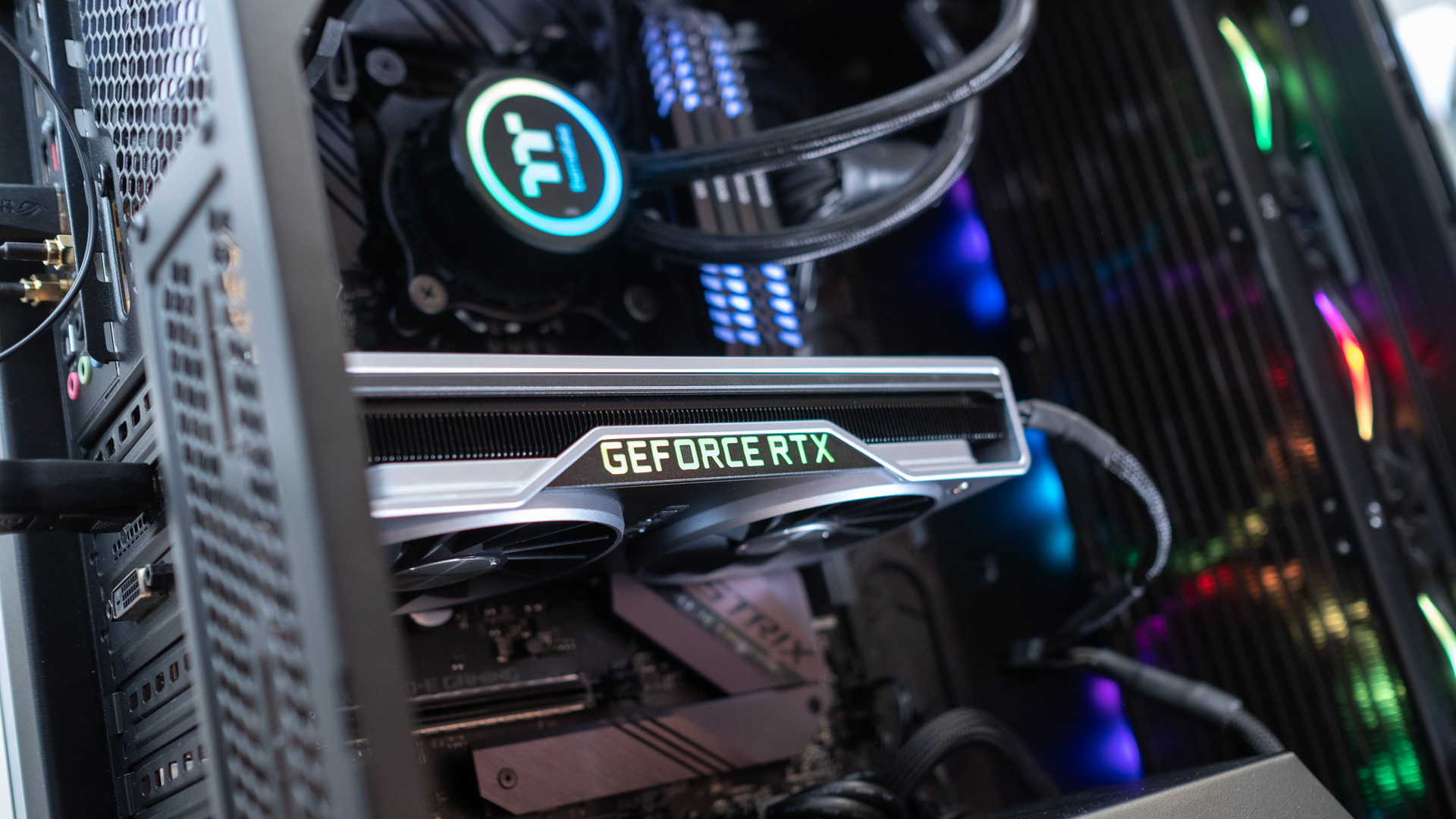 Graphics card manufacturer Nvidia has outlined the developmental process of how it creates its Game Ready drivers in a new video posted to YouTube, but it would appear that the tech giant couldn’t resist slipping in a few remarks about its biggest rival.

As reported by Tom’s Hardware, Nvidia details the development process to create drivers for its GeForce series of GPUs from start to finish, with some emphasis on testing and verification. According to Sean Pelletier (Senior Product Manager, Game Ready Drivers) who hosts the video, Team Green tested for 1.8 million hours in 2021, clocking around 1000 tests per day.

The full video of the process includes some interesting (and reassuring) information, such as that Nvidia has coverage for over 4,500 different desktop and laptop configurations dating back to 2012 to prevent exclusions. We won’t outline the full details of the video, but we do encourage you to watch it to learn a little more about how rigorously this software is put through its paces before any of it gets approved for consumers.

Nvidia’s pledge for testing was drilled home further with the mention that its drivers have passed the Windows Hardware Quality Labs (WHQL) test. To get qualified, each driver must pass 1300 examinations, which means that Nvidia is currently the only graphic card vendor that certifies every driver. This information was then used to drag rival company AMD for first releasing non-WHQL drivers, with Pelletier stating:

“Only once all this work is completed do we launch the driver via GeForce.com and GeForce Experience. And because the Game Ready Driver Program and our promise of quality rely on all of this work, we don’t release sub-par beta drivers with minimal testing, let alone multiple conflicting beta drivers forked from different development branches that support different games and products, which confuse customers.”

This isn’t a direct dig at AMD, but given there’s been a duopoly on the graphics card market until very recently, and taking into account AMD’s history with releasing non-WHQL Beya drivers, it’s not too hard to read between the lines.

Still, now that Intel has appeared as another contender within the market, we could see some additional sass coming from either side in the coming months. China also recently announced its first homegrown graphics card vendor Moore Threads which is still shrouded in some mystery over in the west, but we shouldn’t discount the chance that this could also cause the current GPU giants some issues if pricing and performance hit right with the public.

Analysis: Nobody is exempt from criticism

There’s a fair bit of excitement brewing around the upcoming release of RTX 4000 GPUs, so it’s natural that rival companies might start to get a little competitive. It’s worth noting that Nvidia, which is happy to dish out the criticism, could stand a bit of its own.

First, despite how rigorous Nvidia’s testing process is, there are still occasional driver-related issues that appear and need to be patched out, and WHQL certification focuses more on Windows functionality rather than specific in-game performance. It’s nice to have, but it’s hardly an all-encompassing stamp of superiority.

AMD does also have WHQL-approved drivers, though these are typically released as Beta drivers and then later updated to WHQL when all required tests have been passed. Team Red also offers convenience in that its drivers support desktop, mobile and integrated graphics in a single package, rather than the split between gaming (Game Ready) and creative (Studio) drivers that Nvidia releases.

I’d say that the critiques in this video are a tad weak, but it did make me take a step back and think a little more about critical evaluation across manufacturing and development. If AMD takes some of these jabs and returns to the market with a better driver testing process, then we should all really be thankful that Nvidia has contributed to improving its competitor’s product.

With Intel also set to soon launch its first desktop GPU, the Arc Alchemist, the GPU industry could see some serious changes in a matter of months. If these Intel graphics cards can hit the right performance and pricing, it could cause some serious issues for both Team Red and Team Green within the budget GPU market, and this could be great news for PC gamers on a tight budget, especially now that inflated prices are finally coming down.

AMD processor could also be in some trouble thanks to Intel