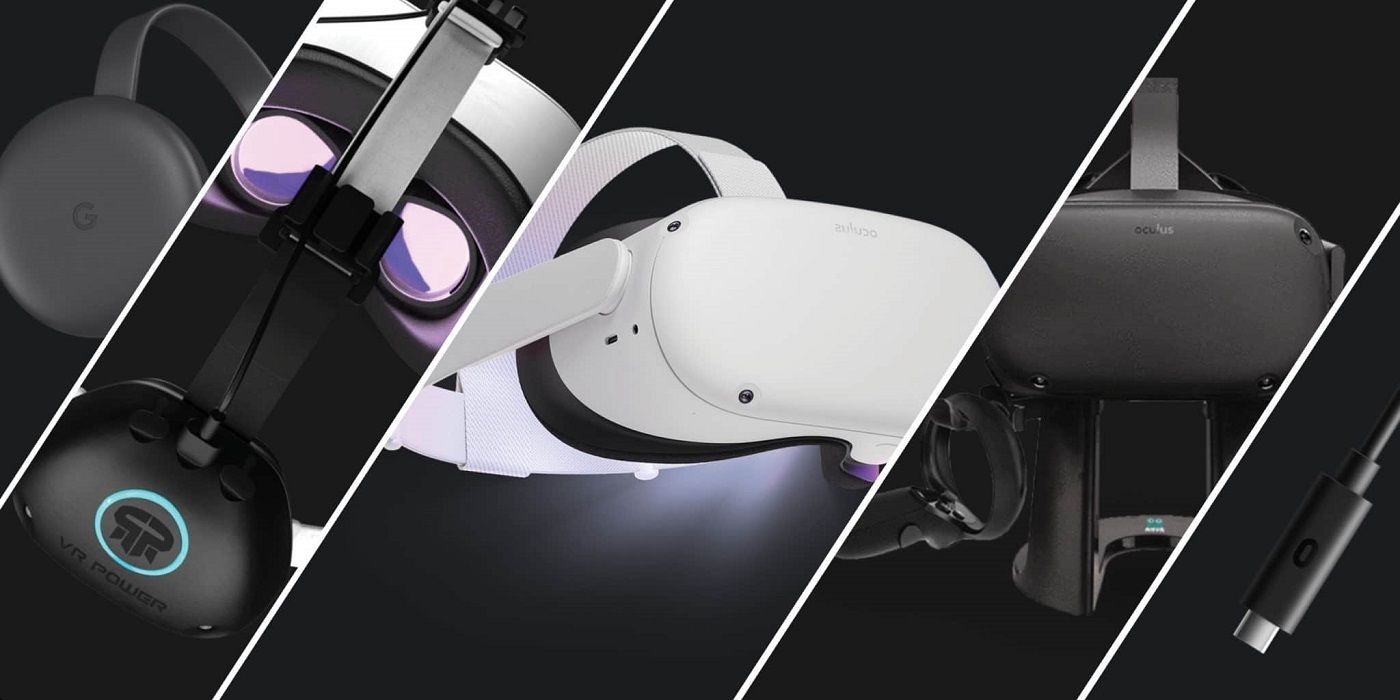 Virtual Reality gaming is becoming more and more accessible, especially in regards to the Oculus Quest 2. This device is the most accessible for those new to the VR platform as it doesn’t rely on any external components. As exciting as it is to strap on the headset and dive into the virtual world, there are some careful measures to consider if gamers have not used VR before. It can take some time for the mind to adjust to being in a significantly larger world, but there are a few games on Oculus Quest 2 that are perfectly suited for first-time experiences.

The Oculus Quest 2 is an entirely wireless device and requires no PC or external sensors for use. It functions through Wi-Fi and internal memory, offering players the full VR experience as well as access to web browsers, Netflix, and other applications. The Oculus Quest 2 is also affordable, being one of the most inexpensive options on the market with some other VR headsets costing upwards of $1000 or more.

Related: How To Watch Any Movie In VR With An Oculus Headset

Virtual Reality is the next step in immersive gaming, allowing players to move through complex environments and interact with the world through physical movements. It can be exhilarating to behold, but until a player adjusts to this alternate reality, it is best to take baby steps into the digital beyond. These are the best VR games that newcomers should play first.

New with the Quest 2 is First Steps, a simple and immersive tech demo to introduce players to VR. This game is played both without any player locomotion and is best-experienced sitting. For new players, this means the fear of losing balance, falling over, or bumping into objects is eliminated and they can instead focus on learning how the controllers work and how to interact with their environment. First Steps teaches players to manipulate objects, shoot targets, and dance with a robot.

The original tech demo for Oculus Rift, First Contact should be played after First Steps. Another seated game with no locomotion, First Contact goes over the same core gameplay elements but does so in a much more realistic and detailed environment. This gives players experience with a more complex and detailed location, showcasing the realism the Oculus Quest 2 can produce.

Elixir is a short game that allows for teleportation movement and makes use of the Oculus Quest 2’s external cameras and hand-tracking technology. The game is intended to be played without the use of controllers, and instead, it will track the fine movement of the player’s hands. Elixir is about training to become an apprentice potion maker, tasking players with using ingredients, manipulating the environment, and casting spells with basic hand motions. It’s a small and simple experience with very easy locomotion mechanics which players can still try while seated.

A curious and cute game, Bogo is a VR pet simulator of sorts. Players are met with a dog-sized amphibian creature and have free reign to interact with it. This is a game that should be played standing and features teleportation locomotion, so it should only be attempted once the player is comfortable with seated VR. Players can pick fruit to feed the creature or cook up new foods, rub its belly and pet its head, throw a stick to play fetch, and try a few different mini-games which will alter the environment. Bogo lets players try more complex movements and actions in VR while remaining in a safe space to experiment.

One of the best designs in VR gaming so far, Moss is best played in a seated position. Players experience the game from the god-view position; looking down on a 3D environment from an isometric angle. Rather than heavy motion controls, the mouse hero, Quill, is controlled with standard button inputs to fight and platform through beautiful environments. It’s an easy game to effortlessly get lost in. Quill will even ask for a high five and perform a happy dance when obliged. Moss is a classic gaming experience with light VR features to make for more familiar gameplay. The Oculus Quest 2 has a vast library of games to try, but for first-time VR players, these are the best options to experience first and go at their own pace.

Next: How Minecraft Is Different In VR