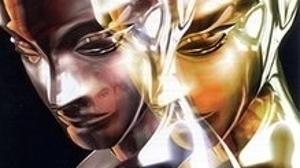 Editor’s note: After an outrageously long hiatus, Sega’s Virtua Fighter is back with the release of Ultimate Showdown on PlayStation this coming week. To celebrate, we’re republishing some older pieces on the series, including this piece from June last year.

SEGA has just celebrated its 60th anniversary – happy birthday you mad, beautiful bastards – which seems as good a time as any to reflect on the company’s finest. Maybe it’s OutRun, in all its iconic glory, Super Monkey Ball with its minimalist brilliance or perhaps you could even look a little closer to the modern day and put Yakuza 0 forward as the best of the bunch. For reasons entirely my own, it’s Virtua Fighter 3 that’s my personal pick.

It’s not the best in AM2’s series – Virtua Fighter 5 Final Showdown easily takes that crown, providing a crisp take on the no-frills pugilism that’s as close to perfection as we’ll get while we endure the indefinite wait for a follow-up – nor is it the most groundbreaking. The original takes that title, shaking up the industry as it did with its military-spec hardware and the move into muscular 3D. You could argue that Virtua Fighter 2 was the series at its most iconic, too, capturing the series at the height of its mainstream appeal.