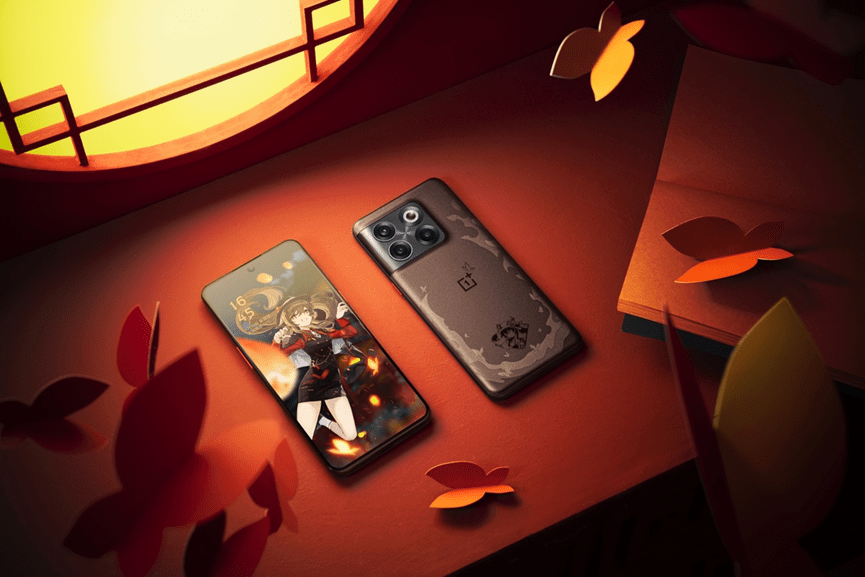 On the one hand, the higher configuration requirements have increased consumers’ desire to buy flagship phones, and on the other hand, this high-performance demand for games is a naked demonstration of the performance gap between different phones.

Just as PUBG was a boost to the Internet cafe and graphics card market, the Genshin Impact has contributed to the development of the cell phone market. Back to the topic, the cooperation between OnePlus and Genshin Impact has been a long time coming.

The OnePlus Ace Pro Genshin Impact Limited Edition not only retains all of the hardcore performance configurations of the OnePlus Ace Pro, but also undergoes deep customization from the inside out, both hard and soft, and is a clever blend with the iconic elements of the popular character Walnut from the handheld game “Genshin Impact”.

The format of the launch was also in the familiar forward-looking meeting style of the Genshin Impact players, with the President of OnePlus China, Jie Li, explaining the launch in a 2D image.

The design of the OnePlus Ace Pro Genshin Impact Edition continues the style of the Ace Pro itself on the one hand, and on the other hand refines the Walnut elements, incorporating iconic elements such as plum blossoms, butterflies, and flames into the exterior design.

The back of the phone features a dual process of continuous curved glass and third-generation silk glass technology, which is both textured and handy. The design incorporates the Walnut avatar embossing, flame texture, and redesigned butterfly logo, which subtly integrates the joint theme into the entire phone design.

The Ace Pro Genshin Impact Limited Edition is customized with a full set of Walnut UI themes, incorporating iconic Walnut elements such as butterflies and flames, allowing the Genshin Impact elements to appear in all corners of the phone. It also added the original walnut sound color to the small cloth voice assistant.

The limited edition is only available in a storage version of 16GB + 512GB, and has been opened for pre-sale on October 31, priced at 4299 yuan, the same price as the 16GB + 512GB version of the OnePlus Ace Pro.