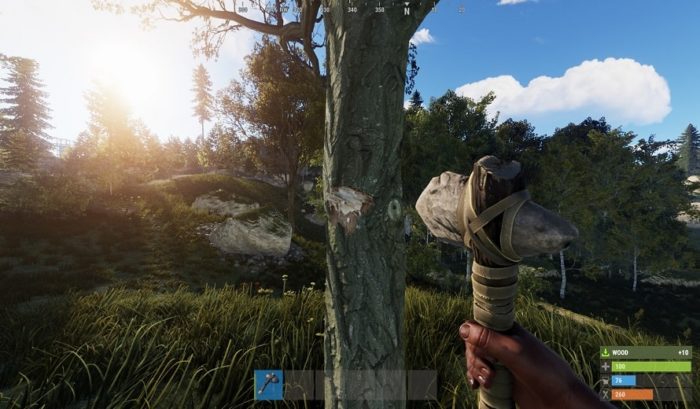 Rust, an open world survival sandbox, is finally getting more structure. A new patch, will be going live on October 7th, will allow players to visit NPCs and accept missions, finish them, and turn them in to get rewards.

“You can find mission providers at most safe zones, and their tasks vary—from catching fish or harvesting lumber, to hunting sharks and uncovering hidden treasure,” said developer Facepunch Studios. “You can have one mission at a time, and they are repeatable.”

Rewards within the Rust universe usually take the form of treasure boxes and scrap metal. According to Facepunch, this will just be during the beginning of the in-game missions. They may be pretty basic, but the upcoming update is expected to expand the system. For this month, Rust missions will be solo endeavors. However, devs have promised that co-op missions are currently in the works, and PvP missions, such as bounty hunting, ambush, and delivery, will be added to the game at some point.

Rust players who are not doing missions will be able to drive around take a nap in the game’s newest vehicle, which is the camper van. This new camper can fit up to four players, and will also have some spare room for storage. Plus, Rust players will also be able to enjoy a small barbecue for cooking.

Whenever Rust players claim a seat inside the camper, the vehicle can serve as a spawn point. With that said, players will be able to spawn into that seat regardless of where they drove the camper to. To craft the camper, players will need 175 metal frags, 125 wood, and a Tier 2 workbench.

Other changes that the Rust community can expect from the upcoming update is the need to hold down the interact key so they could open doors whenever they are wounded. They will also be able to command their auto turrets not to shoot at their allies. And, lastly, the horses within the game will be pooping more—although the relevance of this one warrants further investigation.